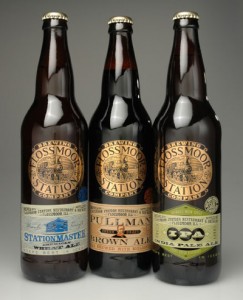 Tomorrow, Friday, Rich and I will be heading out to Flossmoor Station Restaurant and Brewery in Flossmoor, IL to hang out with the brewer, Bryan. Sandi, who I contacted via email air jordan spizike was awesome enough to set up this entire get together and we plan on being there around 10:00am to see what the day will bring.

Flossmoor is actually my old stomping grounds while growing up as I lived my entire pre-married life in Homewood. So it will be a sort of home coming of sorts for me. I have been to the station before for a few drinks but never to check out the brewery.

We will be taking some pictures, asking lots of questions, and, hopefully, tasting a few beers. Realistically I don’t know what the day will bring but I know that we will be able to get the inside scoop on a quality brewery from the south suburbs of Chicago. Enjoy!