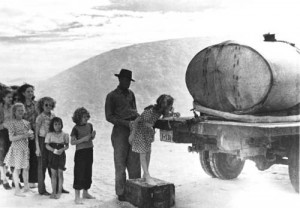 I used to be an avid collector of baseball cards up until the beginning of this century. The last ten years of my collecting I still purchased the new, shiny cards but I was really an avid collector of vintage cards pre-1970. Starting in the ’80s new manufacturers of cards entered the hobby and in the ’90s it exploded.

In the late ’80s, due to great sales, the manufacturers produced a huge amount of cards that are still considered junk over 20 years later. Well the industry changed, got smarter, and started to take into account what the “public” wanted: they made cards more and more rare. Inserts became the norm and 1-of-1 cards are now expected. The price of the product has sky rocketed, “hobbyists” no longer collect sets, but bust packs to try and get those ridiculously difficult inserts and rare releases. 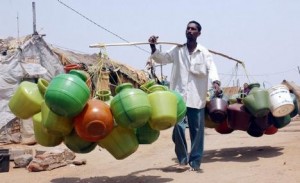 Is he heading to next years release of PLY at Russian River?

It seems that every brewery now makes at least one big beer that is a single release or a small batch each year. People flock to the releases, get upset over not getting “their” beer, and run to the front of the line. They are seeking the rare beers. Beers like Dark Lord are bought for $15 and sold on ebay for $50 or more days after they have been released. PLY selling out in five hours, pissing off the people whom made the pilgrimage to the brewery to not get any. Beer like Kate the Great are 900 bottle release. Local breweries, to me, like Flossmoor release Hi-Fi Rye to the tune of 288 bottles, and the list can go on.

What is next? Sealed six packs that might contain a beer that is 1 of 10 made; creating a frenzy to purchase six packs for the sake of the golden goose possibly sealed inside. A lottery that costs $20 per person with 1,000 tickets and 5 winners being drawn at random to receive a super rare beer. 1 of 1 beers that one person drawn out of hat has the chance to obtain if they can live on an island for a week without help.

Oh, it can and I believe it will get ugly. The industry will have to continue to draw new people and keep the “old” guys in, which can cause some uncanny thoughts and actions.

None of us can deny that this is where the industry is headed. Are we really fans of craft beer or the idea of scarcity? If my past hobby gives any indication, scarcity will win out and the true fans of craft beer will be lost in the shuffle. Enjoy!