Day 13 of the 24 beer of Christmas is Mittenless, an American Porter, from Pollyanna Brewing Company in St. Charles, Illinois. The third beer in a row that not only filled me with anticipation but did a good job of telling the Christmas story with their artwork.

Mittenless is not short on vanilla. The vanilla is the focus in the aroma and taste. I think this has taken away from the underlying porter (what does it taste like) creating an almost extract version of vanilla. The vanilla needs a bigger backbone to rest one and just isn’t there for Mittenless. I would not have this beer again. Enjoy! 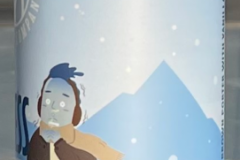 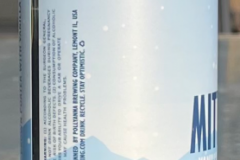 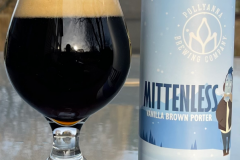 Useless Fact: Frank Sinatra was offered the starring role in Die Hard when he was in his 70s.