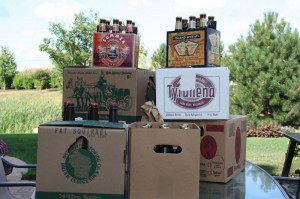 Pile of beer that I picked up while on the brewery hop to south-central Wisconsin.

My last brewery hop was an expedition that covered four breweries: New Glarus Brewing Company, Capital Brewery, Lakefront Brewery, and Tyranena Brewing Company. When you embark on such a large journey there is a large amount of beer that has to be both consumed and purchased, not only for myself but beer drinking friends. That is exactly what happened.

The New Glarus Brewing Company was the first stop and most of the beer purchased here was not for me. The wife, Ed, Mark, and Rich were the wantees. air jordan 6 femmes I was just the travelling madman. From there on out, at each of the breweries, I purchased less and less. I was starting to worry about space and how I would pack the van back up for trip home. I didn’t want another causality similar to the Three Floyds Brewing Company brewery hop. 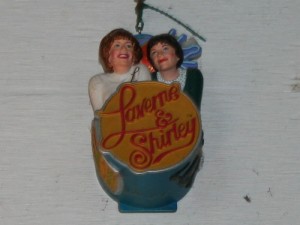 The biggest haul of the brewery hop whirlwind tour came from Star Liquor in Madison, WI. Great selection of beer that I can’t touch in Illinois. I was also fortunate that they had a Tyranena Brewing Company taste test going on which was nice, even if I only caught the last ten minutes of it.

So here is the list of beer (drum roll please):

Saturday Get Together Ends In Darkness