About 10 years ago I did 365 days of American craft beer, it was an endeavor of epic proportions that I never want to partake again. But 24 days of American craft beer leading up to Christmas? That’s exactly what I have the pleasure of doing due to good friends, which I will get to shortly. I am now doing 24 Beers of Christmas. Each day of the month of December, leading up to Christmas, I will have a new Illinois craft beer to pull from a case of carefully selected wares. Each day, which is numbered, is perforated to allow for easy access liquid goodness hidden within (of course I used an x-acto know to carefully cut the perforations as to not ruin the box). 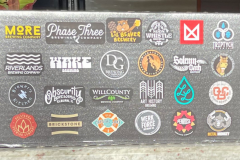 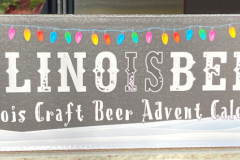 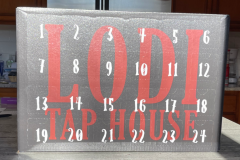 Good family friends Mike and Sheri were kind enough to gift me this box of 24 local Illinois craft beers to enjoy the entire month of December. They say it is in return for some web development I did for their business. The debt has been long paid and, although the gift is unnecessary, it is greatly appreciated!

The Island of Misfit Beers by Obscurity Brewing and Craft Mead in Elburn, Illinois. I reviewed the beer on the site so I will not rehash the entire post here. The beer is a self proclaimed NEIPA and braggot, all on the side of the can. I knew this mean that it was going to be some mixture of beer and honey/mead. Based on how I read the explanation on the side of the can, I think it was brewed with honey, not a mixture. It also is a NEIPA, which gave me hope. 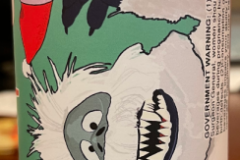 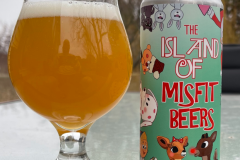 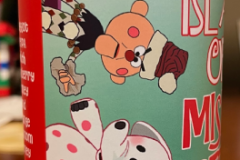 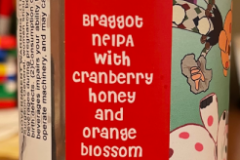 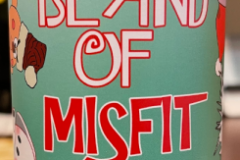 The aroma of the beer is fantastic and hits the mark of the self proclaimed NEIPA but that’s where it all falls apart. The body is super thin from all the honey while the flavor of the beer, beyond the hops, is odd and difficult to describe. There doesn’t seem to be anything wrong with the execution of the beer but the beer doesn’t hit the right spot for me.

Today’s post will be longer than the rest due to the fact of setting up the next 23 posts and, possibly, a 24th to sum it all up. Enjoy!

Useless Fact: Women blink nearly twice as much as men.