Brewed: with the Afro Six-Nine 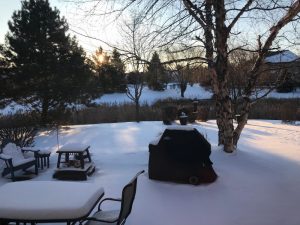 Rather than taking a character, this beer takes a scene from the movie that just sticks with me; some may not even find it funny. It doesn’t really add to the overall movie but captures the main character day dreaming. It reminds me of the countless ridiculous circumstances my mind places me in.

And, yes, I like Fletch 2 as well and was hoping the rumors that came out a few years ago about a remake with Ed Helms were going to be true. Alas, my daydreaming can only hope.

Formulating the recipe for with the Afro Six-Nine NEIPA

I won’t bore you with that fact that this is yet another version of a NEIPA; I think I am getting close to twelve. This version is spurred on by two facts:

Lack of Focus was a NEIPA that I home brewed back in October. Due to time constraints, and quite possibly laziness, I never cold crashed the beer. It had the largest dry hop by weight I had ever done in a NEIPA. I was trying to achieve muckiness, it was supreme muckiness.

In order to get said muckiness, I am changing the dry hop timing by placing it at high krausen. My thinking is this should bond the hops more as they seem to fall out a bit quickly.

Looking forward to this beer. I do have one hesitation: potentially the lack of tropical fruit in the hops. Enjoy!

Recipe for with the Afro Six-Nine Neipa

Useless Fact: A typical pencil can draw a line that is 35 miles long.