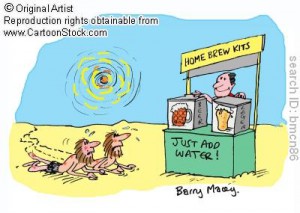 The last day of the great American home brew drinking weekend. I am proud to say for the first time ever, anyone and everyone that ventured over to my house for the weekend festivities drank my home brew. No one threw up either, which is an added bonus.

I had four of my beers ready to go:

Autumn Sun is my new favorite home brew, taking the place of Dirty Balls. This is the first time I brewed it and I don’t know if I would change much: maybe a 90 minute boil next time to see how the malt profile might change. Just a touch of dark malt high lights the big, caramel grain bill with Chinook and Cascade hops balancing, leaving a bit of bitterness in the finish. Easy to drink and darn tasty.

I don’t like my own beers all that often so this is a good feeling. I will probably be posting recipes in the future as well as I am looking into Belgian and sour beers to come next. I will continue to make the four staples while looking for a few others to throw in. I have a milk stout ready to bottle tomorrow. Enjoy!

Useless Fact: Having sex can reduce a fever because of the sweat produced.