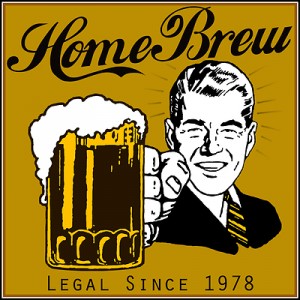 It has been a while but I made my first home brewing club meeting in about five months. I am part of the Head Hunters Brewing Club that meets in Aurora, IL once a month on a Friday at 7:00pm.

I haven’t been going to the meetings because of the coincidence with TNBC. They are not on the same night but usually the same week. It turns out to be another night that I am away from the family as I also play basketball on Wednesday nights. Based on that schedule, the amount of time I am away just because of work, I feel like I am cheating the family. Besides, Friday night is movie night in our house hold and I love pop corn 🙂

Ever since my last visit I have been working on and tweaking my home brews. My current setup, which is dried malt extract and a five gallon pot on my home stove, doesn’t’ allow me to do full boils for five gallon batches. This made most of my beers come out thin since I had to top off with anywhere from one to two gallons once I racked the wort. Since then I have scaled down to 2.5 gallon batches which allows for a full boil in my five gallon pot and a much tastier, fuller beer.

My recent IPA is my best so far and one that I will continue to make. I actually used some remnant malts (60L and 120L Crystal) instead of what the original recipe I made called for. I used Simcoe, Armillo, and Citra hops. The latter two I wish I could grow in my yard but that is a story for another day. The dry hopping of Armillo and Citra came out exactly as I hoped and wished. The beer smells fantastic, has a solid body, and a good taste with a light bitterness. Finally, a home brew to be proud of. Enjoy!

Useless Fact: In Utah, it is illegal to swear in front of a dead person.