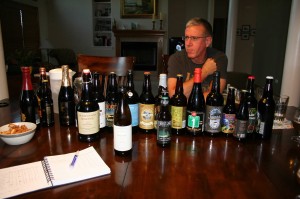 Tuesday Night Beer Club (TNBC) met for the first time in almost three months last night at my house. Yes, I know it was Thursday but Shawn found his way to captain a softball team that plays on Tuesday nights. There were five of us, with the fifth being Rich filling in for two others that couldn’t make it.

I always anticipate TNBC and last night a little more than usual. Since I was the host I get to call the theme for the evening. Nothing struck me so I opened it up wide for any and everything.

Mark and Rich arrived first. Opening his box full of liquid goodies I quickly noticed the bottle of Flossmoor Wooden Hell that was center stage. He had been talking about sharing this beast lately but I couldn’t believe that he was serious. He said that he wanted to share and that he wanted to drink it before it was past its prime. Of course I was able and willing to help but in the back of my mind I just wondered if this was going to be another over hyped rare beer that is only popular for its rarity.

Shawn quickly followed while, as usually, Ed was about 15 minutes or so later than everyone else. His car has a hard time adapting to the roads out in the “country.”

We ate dinner: backed Rigatoni that my wife made for us with salad and bread. The perfect dinner to coat and prepare for the onslaught of fine beverages to come next.

Towards the end of dinner we had Shawn’s home brew that was a Furious clone. Really good, especially for a guy who has only brewed a few times.

Since I hosted, I was first up. Below is the order in which the beers were chosen, by whom, and how I rated them. The rating is compared to each other with one being the best beer. 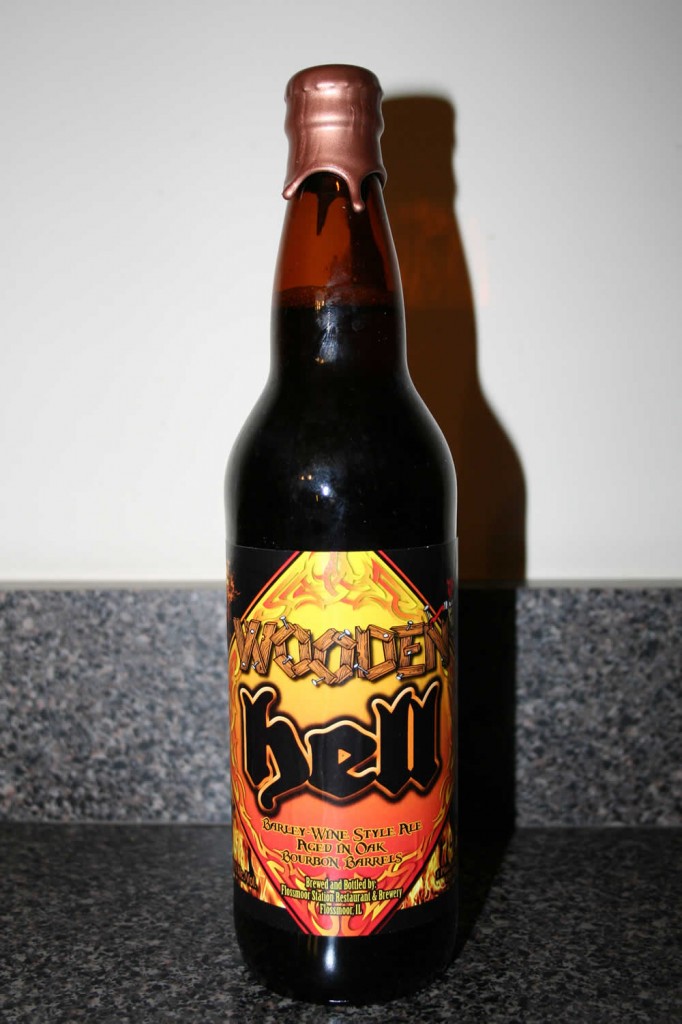