By scot in Midwest Beer News on Wednesday, March 3rd, 2010 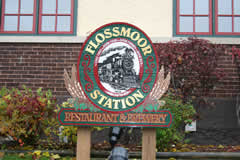 Flossmoor Station announced that it will be releasing High-Fi Rye Wine on February 20th at 12:00pm at their brewery. It is one of those when it is out it is out type of releases. From Bryan Shimkos, the brewer, on the blog:

Hi-Fi is an 11% ABV beer similar to a barleywine, only most nike kobe 9 of this beer’s grain bill was rye. 58% rye in fact. We added a very minute touch of caraway seed for a little more of the “rye bread” flavor. Hopped to balance the huge malt character with pacific northwest hops, this beer has been aging in stainless for the last three months to allow this beer to mellow and mature. This will be a limited release, so we will have a bottle limit set after the total number of cases are counted.

They have also tapped a new stout: Bourbon McElroy — Bourbon Imperial Stout (10.5%). They only use the best bourbon, so I am sure this one will be delicious. Enjoy!