Double Daisy Cutter Pale Ale to be Released by Half Acre 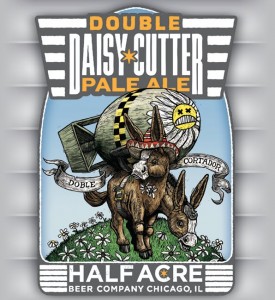 Half Acre Brewing Company will be hosting the closing night of CCBW on Saturday, May 22. Already a big list of American craft breweries are lined up to participate (from the Half Acre blog):

In another batch of news from Half Acre, they will be releasing Double Daisy Cutter Pale Ale as part of the CCBW festivities. It seems they are officially calling it Doble Cortador(?). From their site:

In honor of Chicago Craft Beer week and the fact that we wanted to brew this beer, we’re popping out the Double Daisy Cutter Pale Ale / Doble Cortador. It was an experiment we hope will yield some tasty results. We’re looking at a beefed up ABV and enough hops to recede your gums.

This beer will be available on draft and in 22’s. We will be sending it out to the world in small quantities.

Having all these new breweries in the Chicagoland area is starting to make for a bevy of American craft beer news in my own backyard. Enjoy!