This blog was written just a couple of days before this past Xmas, on my laptop during the ride back to Chicago from the “D”. But I held it to edit, then the holiday blur took over and here we are, more than a week into 2012 and I’m just now pushing out this blog. And I was so proud that I finally figured out how to justify a trip to the Detroit area for Kuhnhenn Brewery’s beer release event. 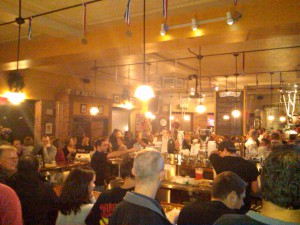 Kuhhenn’s is about a cool small operation that makes an eclectic group of brews, some of which are highly sought after in the discriminating end of the craft beer geek world. The attraction is partly due to the fact that the Kuhnhenn’s focus is on styles that are the smaller segments of the craft brew world. But as with all highly rated brewers, in the end you’ve got to deliver big quality, and a phenomenal tasting beer, that bears your unique stamp.

The attraction of Kuhnhenns Winter Solstice event held every year on top of the actual solstice celestial delineation is the fact that it’s basically the only time one can get their brews in a bottle. It took a few years of trips to SW Michigan to figure out there really weren’t any bottles of Kuhnhenns being put into normal distribution channels. Last year, Big Scot talked his brother-in-law from Royal Oak into hitting the festival and grab some bottles for us. But, with few bottles and so little info on what we had, those beers were more of a novelty and a keepsake, than legit drinkers. 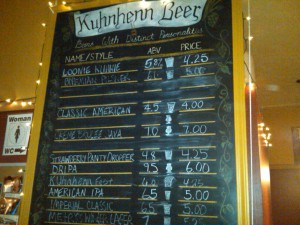 Our arrival at Kuhnhenns was approximately 8pm on the 21st. The brewery is located in the old village area of Warren, MI. The building was a mid-century retail hardware store, so the front is all big glass and we could tell on the drive by it was packed. We hit the front door and found a big, jovial crowd but it was not impossible to maneuver around. First move was to the bar and grab a brew and then find the bottle queue. The bar is a rectangle in the center of the room and has service on three sides. It was a mash of activity and slightly confusing trying to figure out what was being served. The big chalkboard was our guide for the first round, didn’t seem to have any of the release brews so we went with the Classic American APA. Then we worked around to the other side of the brew pub to the bottle sales area. Maneuvering through the bar it appeared the attendees were a mix of young and old folks, not an obvious craft breed geek crowd. 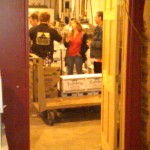 Before I recap my purchases I’d say that the purchase process at the event was a new version of distribution. I was provided a checklist of the brews available and the prices per 12-oz bottle. A sequence number was already printed on top (mine was 241) and it was simply a matter recording the quantity of each beer you’d like. I liked the aspect of selecting individual beers by single bottle quantities. Especially, with more than a dozen different selections available for purchase. To save the text of listing them all, I’ve included a photo of the order sheet. Then I handed my order form back and was politely told that it would take about 20 minutes to pull my order. Through an open door, we could see into the large bottling storage room where there were piles of cases of beer and a big group of casual friends drinking and pulling orders. Only 10 minutes passed before my box came out. 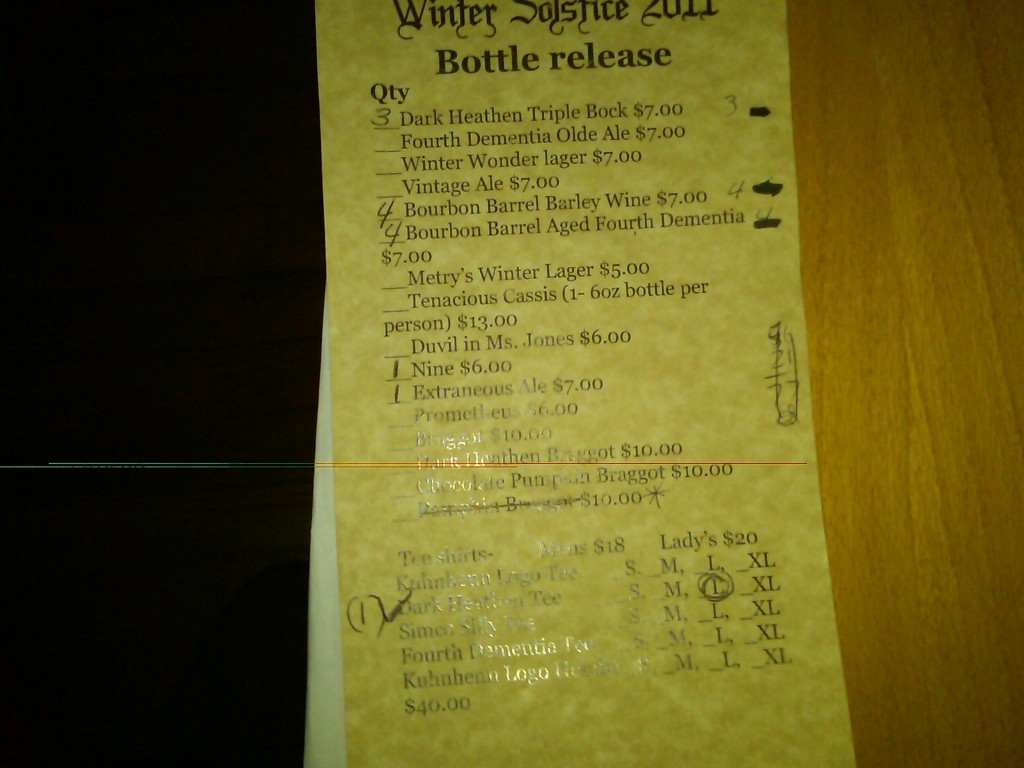 So why am I so focused on one small Michigan brewery, out of dozens in this craft brewing crazy state of Michigan? I’ve got old personal ties to this village, but haven’t live there since I was five. But that’s not the reason I love the place, it’s just what first caused me to pay attention the Kuhnhenn family. Their story is a Midwestern tale of the little guys succeeding against the man. Originally, the family bought out the old village hardware store, and then got squeezed by the advent of big box retailing. And, what a worse city to be looking for a career change in, than Detroit at the end of 20th century. But here they are, so many years later having a cool party with what appeared to be a bunch of friends. And selling once a year, bottles of their hugely individualistic brews, which are highly sought after by the upper range in the American craft beer geek circles. All the while, nailing obscure styles like the highly accomplished brewers they are.

I imagine Kuhnhenn’s will always matter in the current state of american craft brewing.

Oh, here’s what I purchased: 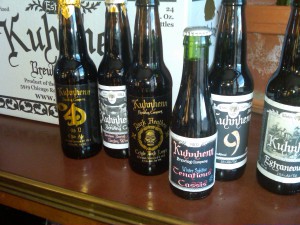