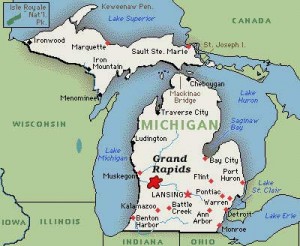 Hard to believe it has been nearly a week since I have found time to write something here. Hopefully the next few days will be a flurry of posts with the highlight a vertical of Short’s Brewing Company beers.

The trip erupted from a brain storming that my wife and I had Christmas evening. Yes, the kids had all their toys and were happy, but getting out of the house for a day (at least what I was thinking) would be fun, especially since it centered around beer. She one upped me and said that we should spend the night in or near Grand Rapids, Michigan since there was several places in and around there that I had mentioned I wanted to visit. nike cortez femmes Reservations were quickly made for a hotel (under $65 total, damn thrifty wife) and breweries, brew pubs, and beer stores quickly scouted for address information. 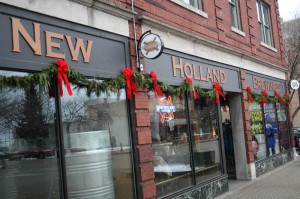 Early Friday we were off with our first destination set in the GPS to New Holland Brewing Company. I was looking forward to doing a brewery hop while attending the 2:30pm (local time) brewery tour. Of course things are never as they seem. As we meandered through an industrial park we found a sheet metal sided building with no name on it being pointed at by the GPS. Luckily the basketball hoop had a New Holland sticker on it or I would have no idea where I was at. The next thing we noticed: no cars. Yes, it had been snowing but not enough to keep everyone away!?! The “truck” entrance on the side of the building was open and a single man walked. He said that everyone decided to take off for the holidays. That is great but how about publishing it on your website and/or on your phone recording. Honestly, that pissed me off.

We then set the GPS for New Holland Restaurant which was only a few minutes away and located in downtown New Holland. This place is well worth the visit. The food, the service, and, of course, the beer are all top notch. The prices are better than you would expect. I even got a free Dragon’s Milk on tap as the bartender somehow screwed up and poured an extra. Oh darn. 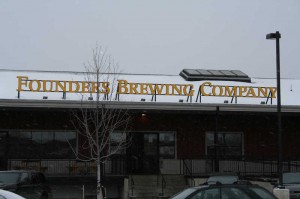 Next destination: Founders Brewing Company in Grand Rapids. I really enjoy their beers and this was probably the place that I was most excited about visiting. Unfortunately, everyone, outside of my wife, fell asleep on the ride over. 🙁 Oh well, I took an outside picture, went inside, checked out the bar (the place is really a bar as ordering of food after 3pm seems to only take place through a little hole in the wall into the kitchen), and looked in awe at their brewing equipment. You could only see the equipment through windows, as they don’t give tours, nike kobe 9 but they have a huge facility/capacity based on what I could see. The place was jumping midday Saturday, so I couldn’t chew the fat with anyone.

The short visit was over. I didn’t have a beer as I didn’t want to keep my wife sitting in the car doing nothing while I enjoyed one of my vices. Off to Hop Cat which was less than a mile away. 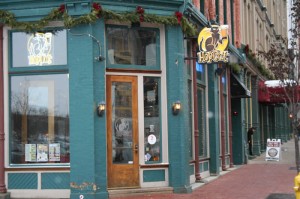 Hop Cat is a cozy street corner bar and brew pub. It was sort of dark and my oldest and myself just walked in to check it out. It seemed like all eyes were on us when we walked in. No matter. The patronage seemed a little more upscale but that was based on a quick scan of the bar. We walked to the back of the beer pub to look at their brewery. Small. About the size a master bedroom. Once again, because of the amount of places I wanted to see, nothing more than the walk through. 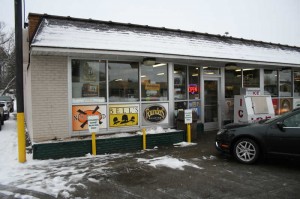 Siciliano’s beer store was our next destination a beer store that I have read good things about. I was a little apprehensive as other stores that had come highly recommended have come up short, way short, in the past.

Holy Cow! This place was awesome. Not big but a great use of space. Very friendly and helpful staff walked me around and helped me pick out beers not distributed to Chicagoland. Each beer on the shelves and in the coolers are all individually labeled for sale. Yes, you do not have to buy a six pack of anything. Just pick the beers, pick up an empty sixer cardboard case, and start filling it up. What a great idea and well welcomed idea. I ended up getting some 20 different beers, as I picked up a couple of doubles for Rich.

We stopped at the Hideout Brewing Company but they were closed. No indication that they would be closed. 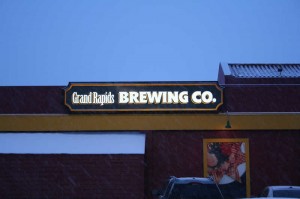 Off to Grand Rapids Brewing Company for a pint and dinner. The nostalgia that they had all around the restaurant was pretty cool; dating back to the early 1900s. nike kobe 9 elite gs Unfortunately that’s where they goodness sort of ran out. My wife and I had a pint of their beer that was average at best. The food was the same. Nothing special, nothing horrible, it just didn’t make us say wow like New Holland’s food did. The prices were average all the way around but based on the quality, I guess you could say overpriced. Our waitress was nothing fantastic as she made the job seem more like a chore. I would stop again to give them another chance.

Grand Rapids and area has a great wealth of breweries, brew pubs, beer stores, and beer bars all seemingly worth the visit. All the places I visited, especially Founders, I would like to go back on an adult tour so that I could have a pint or three at each of the places. Enjoy!