I almost forgot to write about the rest of the brewery hop tale from Grand Rapids, Michigan. My wife was rushing me to go spend the day doing family stuff, so I was on a time constraint. No good writer can weave his words together intricately on a tight time budget, so how the hell can a hack like me be expected to turn out something halfway legible in the same fashion? 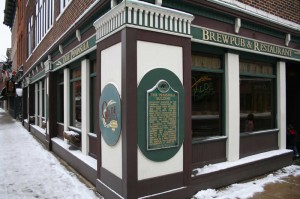 Sunday the plan was to head home via Kalamazoo so that we could stop at Olde Peninsula Brewpub & Restaurant and Bell’s Brewery, Inc. (the brewpub that you can actually visit). I had been to Bell’s in the past and thought it would be nice to visit Olde Peninsula for lunch before making a quick, short visit at Bell’s before heading home.

The setting for Olde Peninsula is English like from the outside in to be more of an English pub. There weren’t many people there at 12pm on a Sunday but there were more than I expected. adidas neo The food was good, fairly priced, and we had enough in portion size that I actually didn’t finish it all (a first). I also ordered and partially split a taster of four beers: Sunset Red (6/10), Rockin’ Razberry Wheat (6.5/10), Vanilla Porter a seasonal (8/10), and OP IPA (8/10). The IPA was really a nice beer as was the Vanilla Porter. The porter had more vanilla before it warmed but nevertheless was a quality beer. The service was good as was the atmosphere. A definite place to stop if you are in the area. 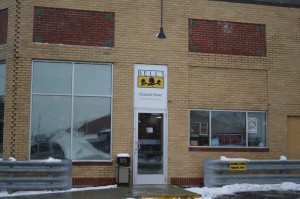 Next I set the GPS for Bell’s Brewpub and General Store. If I would have known and if the weather would have been nice, it is only a quick five minute walk (estimating) from Olde Peninsula. They had moved the general store from the back to the front (that’s where it was two years ago). The family waited in the car. I picked up an Oberon glass (for the wife since it is her favorite beer), a couple of single beers, and a pack of 144 bottle caps for brewing. They were only $2 and much cheaper than I can get by me. They have a nice home brew shop intermingled with their marketing merchandise.

The short brewery hop weekend was now winding down and the boring drive across Michigan and Indiana lay ahead. I picked up a magazine that has maps of the Midwest states and I am already busy planning our next family weekend. Enjoy!