Another Jaunt to Flossmoor Station Brewing 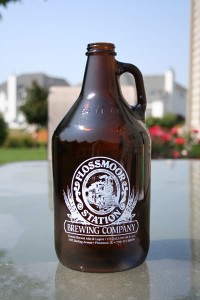 For a couple of weeks I have wanted to make a trip out to Flossmoor Station Restaurant and Brewery as they had released their most recent IPA (Black Magic) and Killer Wood (Killer Kapowski bourbon oak aged). air jordan 1 I also knew that they had released an oatmeal stout (Devout Oatmeal Stout) which was brewed along with a home brewer who had won a home brew competition with that beer.

So Rich and I had the chance to cruise our there yesterday to partake and review a few more American craft beers from Flossmoor. We arrived shortly after half time of the Bears game (so pathetic) and were greeted to a half time buffet.

We both started off with a 12 ounce pour of Killer Wood. A baltic porter that had been aged in oak bourbon barrels for five months. Based on the beer that aging was perfect. Bourbon, vanilla, dark fruit, molasses, and slight tinge of alcohol greeted the nose and taste buds to a cornucopia of delight. Definitely a sipper that is creamy and worth the ride to Flossmoor. 8/10

My second and final beer of the afternoon, Devout Outmeal Stout is an American Stout that was brewed with a home brewers recipe. I am not going to say much here as I am a Flossmoor fan but this beer just didn’t agree with me. There is a chance that having it after such a big beer like Killer Wood did it an injustice. 5/10

I am going to have to find a way to make it out to Flossmoor every six weeks or so as they are always changing their rotation beers and always have a bourbon oak aged beer on tap. I also picked up a bottle of Black Magic IPA, it has black metallic wax on top. I am sure that won’t last long. Enjoy!