Brewed: She Doesn’t Sweat Much For A Fat Girl 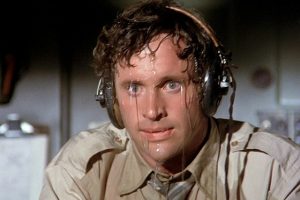 I have a get together with friends most Thursday nights (I have mentioned this before – I even brewed TNBC One for the group). We call it the Thursday Night Beer Club (TNBC). During TNBC, especially when there is a full group and after a few beers, our conversations may cover a wide range of topics. What do you expect from a bunch of buzzed guys winding down the week. Somehow, someway the conversation went to the dark side. Rich was on a roll with part of a sentence ending in “she doesn’t sweat much for a fat girl.”

Of course we all laughed. I immediately stated that I had to make a beer with that name: She Doesn’t Sweat Much For A Fat Girl. I even created a place holder in beersmith so I wouldn’t lose the name.

Coming up with a home brew recipe for a beer with that name seemed easy: make a big, juicy north east IPA. The recipe below was inspired by the vision of a bunch of morons.

There was a major mistake while brewing this beer: missing my gravity by 20 points. I figure this will come out in bitterness. When I start tasting, I will find out for sure.

While writing this blog entry, thinking through my process and rereading my notes, I realized there was another issue: raising fermentation temperatures from ~61*F t ~66*F in less than 12 hours. I think that puts a lot of stress on the yeast. I use a heat blanket made for heating plant roots. The lowest temperature is 68*F on the blanket. It might be time to look into and invest in heating options that starts in the high 50s/low 60s. allowing me to bump up it up a degree at a time. Enjoy!