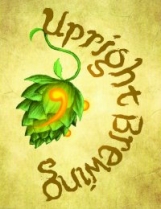 The day after Thanksgiving marks the beginning of the Christmas season. At least it does in our house. Growing up we had small “traditions” that never seemed to last. As a father I wanted to have traditions in my family as I remember those times fondly. The one that we stick to is the Friday after Thanksgiving being the day we go out and cut down our tree, decorate the tree, and then watch “Christmas Vacation”. It might not seem like much but we all look forward to this day.

Thoughts begin on wondering where the year has gone and how quickly the holidays have found their way back to our door steps. How fortunate we are to have young men and women give their lives daily to protect our freedoms. Which brings up a very somber point this year: Our good friends have a son that was deployed to Afghanistan two months ago. He stepped on a land mine earlier in the week, losing both of his legs and tips of two fingers. My heart and prayers are with them.

No American craft beer, no matter how outstanding, can compete with that bit of news. I tried to cope with the news with Six by Upright Brewing Company. I will stop there as this beer didn’t compete, not because it wasn’t worthy, because my mind was elsewhere. I had Seven a while back it was quite tasty, so I am sure that Upright will impress me again. Enjoy!