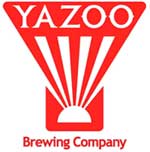 Hop Project #53 by Yazoo Brewing Company was appreciated at the brewery on tap and represents beer number 220. You can’t beat a beer on tap. So damn delicious.

Hop Project is exactly that: a project in which they are always changing the recipe of an American IPA. I don’t know how the rest of these taste, but #53 is a solid offering. Caramel and toasted malts form a sweet backbone that are balanced by both citrus and pine hops. Pine is strong on the nose but takes a the back seat to the citrus hops in the mouth. Bitter in the finish but it doesn’t take away from the drinkability.

I wonder how often Yazoo pumps out another round of the hop project as the brewery isn’t that old. If they are all this good the Nashville area should consider themselves lucky. If you are in the area make sure to stop for a pint or three. Enjoy!

Useless Fact: Obsidian balls, or occasionally brass balls, were placed in the eye sockets of Egyptian mummies. The bandaging of a mummy often took from six to eight months and required a collection of special tools, including a long metal hook that was used to draw the dead person’s brains out through their nose.