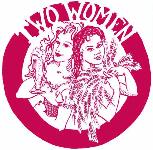 This is a short story of the quirkiness of American craft beer.

Last summer I was up at New Glarus Brewing Company and purchased some sixteen ounce bottles of Two Women Lager. A beer I was told was only going to be brewed once, had one of those “R&D” looking labels, and had a story behind it. Unfortunately I don’t remember said story but I thought it had to do with making something for a friends wedding or something else along those lines.

I really liked the beer and never thought I would see it again. I am glad I am not looking to be a psychic. Each year New Glarus runs a fan vote that gets to choose the beers they brew. It seems that Two Women Lager was liked and liked a lot. It not only made it into this years release pattern but is now part of the year round releases. Go figure.

This time around the beer was in a twelve ounce bottle with a new logo (the one on this page). It is a solid lager that is crisp and refreshing with a nice fruity aroma and taste that compliment, making the beer more complex.

The only thing that sticks in the back of my mind is that isn’t quite the same beer I had before but I can’t believe that it isn’t. (?) Enjoy!

Useless Fact: The work of an artist cannot be exhibited in the Louvre until he has been dead for at least sixty years. The only exception ever made to this rule was Georges Braque.