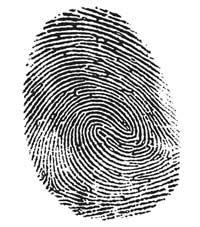 I remember thinking not so long ago that one of my favorite American craft beer breweries, New Glarus Brewing Company, hasn’t made an American Double IPA. I didn’t know if they were trying to buck the norm or if they just hadn’t had a chance to come up with one that they were completely thrilled about.

I had Moon Man when they released it for the first time, realizing that they can make a really good American Pale Ale with a pleasant hop profile, why not an IPA or IIPA?

With New Glarus’s recent release of Thumbprint IIPA they have quickly showed that they can brew a Double IIPA, brew one to West Coast style, and brew one well. Thumbprint is a really refreshing, easy to drink DIPA. So easy to appreciate that you don’t realize that the 9.0 ABV is there until it sneaks up on you, tapping you on the shoulder telling you that your toes are tingling.

Once again New Glarus has done a quality job with a short release beer, continuing to make me eager to drive the 2.5 hours to pick up more. Enjoy!

Useless Fact: In Elizabethan England the spoon was such a novelty, such a prized rarity, that people carried their own folding spoons to banquets.