By scot in Midwest Beer News on Wednesday, February 10th, 2010 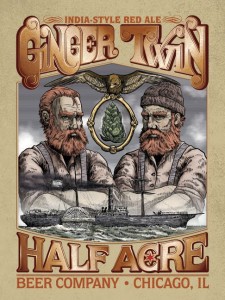 Half Acre Beer Company will be releasing a new beer soon: Ginger Twin. The label calls it an IPA red ale while the information in their blog mentions that it will be big on hops.

Also from the site and bringing a good chuckle:

I was born a natural red head but my hair is now blonde. air yeezy 2 Maybe I can bring an old picture?

Also coming out of Half Acre is news that Invasion is fermenting away. Invasion is a collaboration between Half Acre and Three Floyds and it a lager. There is a good chance that it will be out sometime in March according to Gabriel Magliaro, the owner of Half Acre.

I am really looking forward to the new beers that Half Acre has coming out. I also emailed Gabriel and he said: “We have a lot going on for 2010. A new release every few weeks. Collaborative brews. Big beer dinners. CBC in April. Having as much fun as we possibly can.” Keep an eye out. Enjoy! 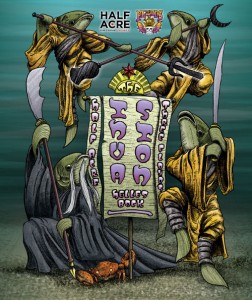