Post Road Pumpkin Ale by Brooklyn Brewery and Leinenkugel Oktoberfest by Jacob Leinenkugel Brewing Company were on the docket for last evening. 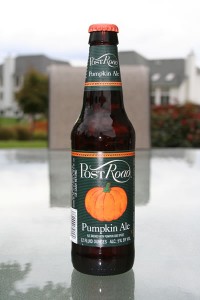 Post Road Pumpkin Ale is Brooklyn Brewery pumpkin offering. It has a fair amount of cinnamon, nutmeg, and pumpkin in the aroma while the cinnamon takes the fore front for the taste. Actually too much cinnamon for me. adidas neo It is an average pumpkin beer that would be better without the blast of cinnamon. I will pass on this one in the future unless I hear they change it.

Leinenkugel Oktoberfest by Jacob Leinenkugel Brewing Company is close to being a macro beer but they usually make drinkable beers. Oktoberfest has a bready quality that is good for the beer. In hindsight, I think I like it more than first realized. It is a beer that would be great while playing early fall bags with friends.

Looking forward to a couple of beers that I have left and haven’t tasted. Sort of been holding them off to the side to save the best for last. The next few days of tasting should be awesome, at least for me. Enjoy!