The day started out with the family going up to St. Joseph, MI to enjoy a day on the beach, soak up some rays, and watch the sunset. It ended at about 11pm with aforementioned being completed along with a brewery hop to Three Floyds in Munster, IN. 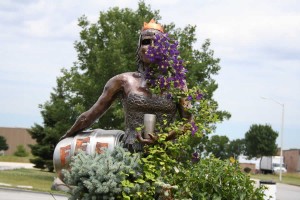 The calumet queen, which is on the other side of the statue (Alpha King) at the entrance to Three Floyds brewery.

When I started throwing around the idea of fitting a brewery hop in on family day, my wife was all for it. So we thought we would try to hit New Holland up in Holland, MI; some 60 minute drive north along the coast from St. Joseph. air jordan 6 Checked out the site, called the brewery and brew pub (two different locations) making sure they were open and were going to do their tours today.

As we were rushing out the house, I jotted down the phone number and address. Plugged the address into the gps and off we went. After only a minute in the vehicle my wife reminded me that Michigan is an hour ahead of us and that the arrival time on the gps was 2:48pm for a 3:00pm tour. We thought this meant that we would be arriving in Holland at 3:48pm. We found out later in the day that the gps does take into account different time zones and I wouldn’t have had to be upset believing that there was no way of making the tour. 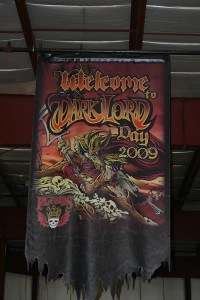 My thoughts of a brewery hop quickly vanished and, of course, I started to pout like a little kid! So I asked my wife about stopping back at Three Floyds only a week after we had stopped by and they were closed. She didn’t take to the idea too quickly as it was 11:30am and the tour wasn’t until 3:00pm and this meant we wouldn’t have fun in the sun until at least 4:30pm.

We shared a couple of niceties and we changed our plans and reset the gps to the new address since it was still stored. My heart was once again beating faster and my frown was turned into a smile. I could go play beer after all! 😀

As we were ready to turn into the business park that Three Floyds is part of, we noticed across the street a community area, there was something going on. We asked about it, found out there was stuff for kids to do and spent 12:00pm until 2:15pm there. We had lunch and tons of fun for the kids. It turned out to be a great decision for the entire family!

Check out the brewery hops (should be up tomorrow) for a brewery review of the Three Floyds brew pub, brewery, and tour. Enjoy!