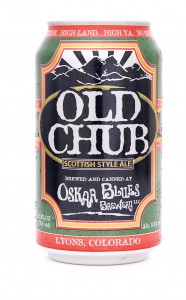 It is hard to show images for the American craft beers I am reviewing when you computer decides to take a crap. That’s exactly what happened this weekend to me or should I say to my computer. The computer housed all my photos of the beers that I take. Fortunately it was only case fans, power supple, and processor fan that went out. When I removed the hard drive and used a kit I have to hook up a hard drive externally, it worked. The only bad thing: the power supply I purchased doesn’t have enough SATA power whips to power everything I have in the computer, so I will have images again when I go and buy a converter.

Beer number 167 was Old Chub by Oskar Blues Grill & Brew. Old Chub is a Scottish wee heavy that probably sat in my basement way too long as there wasn’t much carbonation or hop profile to the beer. I know wee heavies usually don’t have the hops but from what I read, it seems that others found that in the beer.

In spite of the age, Old Chub, is a nice wee heavy that isn’t overly sweet. A dank earthiness is in there along with vanilla and some slight smoke/peat. I don’t think the lack of carbonation hurt the beer but I am sure it would have seemed bigger in the mouth. Now I have to get one these fresh. Enjoy!

Useless Fact: The world’s largest Gothic cathedral is in New York City. It is the Cathedral of St. John the Divine on Amsterdam Avenue and 112th Street. The cathedral measures 601 feet long, 146 feet wide, and has a transept measuring 320 feet from end to end.

65 beers down in my quest for 365 different American craft beers in 365 days. I am not one big on anniversaries or mile stones. I will be happy when I reach day 365 as I am sure my liver will need a day of rest.

Dale’s Pale Ale, beer 65, by Oskar Blues Grill Y Brew is no stranger to me. I have had it on several occasions as I can get Oskar Blues beer when I am in Wisconsin, which is what I did on my recent visit to New Glarus Brewing Company.

i don’t know if my tastes have changed over the past few years, but the beer doesn’t excite me as it once did. The rating below is higher than I would rate this beer today, but it is still an 8.0+ beer. I wonder if the excitement of getting a beer that I normally can’t inflated my opinion of the beer? A blog for another day.

Dale’s is a nicely dry hopped American pale ale. The citrus hop profile is outstanding on the sniffer while the high IBUs for the style, 65, lend a bitterness that is pleasant but not over whelming; which is very important in a lighter beer style. This is a great summer beer that needs to be drank fresh so the hops don’t drop out on you. Enjoy!

Useless Fact: In 18th Century Britain, you could take out insurance against going to hell.

I’ve had Dale’s Pale Ale and Gordon from Oskar Blues, having thoroughly enjoyed both. My can of Ten Fidy has been sitting in the cellar for close to eight months. Hey, it is a Russian Imperial Stout (RIS) it will last, especially in the can. So I haven’t been in a rush but the weather is finally getting nicer in Chicagoland and I didn’t want the beer sitting down there until next winter. Why? I need room for all the spring, summer, and fall beers that are starting to find their way to the local beer stores.

Upon looking at the bottom of the can I noticed that it was canned on 2008-12-22 making it about 16 months old: great aging time for a RIS. Popping the top and pouring the oily, black, and thick beer into a pint glass brought about a beautiful, mocha, thick foam that had some nice retention. Lacing was a little sticky.

Chocolate and dark fruits were the first aromas to hit my nose. Coffee was there a little later but none of the scents were over powering, just pleasant. Alcohol and hops didn’t come through. The taste follows the aroma with a nice sweetness to the finish. Once again, no alcohol. Probably one of the best, easy drinking RIS beers that I have had to date. Some have that alcohol twinge that makes it difficult to throw back. This one is dangerously easy on the palate.

I have two more in the cellar. Now that I know they are damn tasty, they won’t last long. Enjoy!

Sun, Fun, and Some Good Brews

Beautiful weekends in the late summer in Chicagoland are something to be enjoyed outside, with friends, and, of course, with a few awesome American craft beers. That’s exactly what the family will be doing today, Saturday. We will be heading over to Mark’s house with appearances from Ed and Shawn. All four of us are craft beer guys with myself probably being the biggest minnow of the group. I will have to prove myself worthy.

I don’t know which beers everyone will be bringing to share but I look forward to some PA beers that Ed purchased on a recent trip out there. So I know that Ed will bringing some to share. nike cortez femmes Mark has a cellared beer collection to rival many with easily over 100 beers ageing in the depths of his cement cellar. Just witnessing the collection will be good enough for me. Shawn I don’t know that well, but if he hangs out with Ed and Mark he should be a good guy. I am sure the good weather and beer will help us get acquainted.

I plan on bringing some Oskar Blues Dale’s Pale Ale and some Tyranena Brewing Hop Whore. I am looking forward to the other beers that will be brought over, shared, and appreciated. Enjoy! 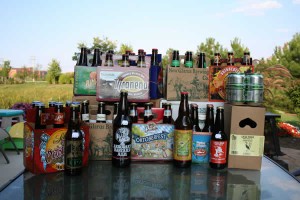 Huge haul of Oktoberfest/Marzen and Pumpkin beers from Star Liquor in Madison, WI

The Inagural Two Beer Dudes Oktoberfest is still over a month away but today marked a great chance to cruise up to Madison, WI, visit Star Liquor, and pick up some Oktoberfest and Marzen brews that we don’t get in Illinois.

I had been in contact a couple of times during the week with Adam, match supreme prem the stores general manager, to make sure they would be open and that this weekend would be a good time to pick up some beers. I didn’t want to leave anything to chance and my wife would shoot me if we made the 140 minute drive up to Madison for “nothing.”

Not only did I pick up eight different Oktoberfest and Pumpkin beers but some bigger breweries that I can’t get, namely Stone Brewing Company and Oskar Blues Grill & Brew. I really enjoyed Gordon and Dales Pale Ale from Oskar Blues earlier this summer, so I went for a refill on both. As for Stone, I have never had their beers but have heard some really good things, so I grabbed Arrogant Bastard Ale and Ruination IPA.

At this point, with my eight other beers, I decided it was time to clear the tab. Headed out to the car where my wife met me and asked if I had also purchased some New Glarus Brewing Company Spotted Cow. Back into the store for a few different brands for the wife and another one or two for myself. Sometimes it really helps to have a wife that enjoys American craft beer too.

Here is a list of the beers that I picked up for Oktoberfest:

After picking up this haul of beer from Star Liquor I am even more stoked for Oktoberfest Two Beer Dudes style. Enjoy! 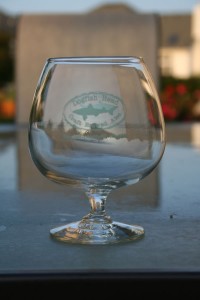 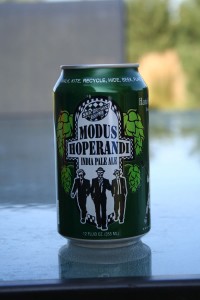