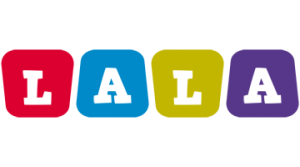 Lala American Barleywine was originally brewed last year for my second annual family reunion held on New Year’s day at my house. I brewed it three months early, it was all set for gathering. Unfortunately, due to my lack of experience carbonating high gravity home brews, the beer didn’t carbonate completely, basically leaving it flat. Being the first time I had officially and specifically brewed a home brew for my extended family, I decided not server that beer. Furthermore, after almost a year in the bottle, I decided to pour it out.

It was time to brew this beer again, hopefully in time for the third annual New Year’s day reunion. Since last year, I had looked into how to get a high gravity beer carbonated in the bottle. My local home brew shop has some very useful information (yes, I still like brick and mortar). They told me to use CBC-1 – Danstar yeast that is made for cask and bottle conditioning. Due to the high level of alcohol hydrating the yeast will be a must as well.

The recipe isn’t any different than last time, from a percentage of ingredient standpoint. I took the 5.5 gallon recipe and pared it down to 3.0 gallons. If I screwed something up this time around, I didn’t want to be “stuck” with throwing away so much time and effort.

I did brew this about a month later than last year. I am worried about how harsh this beer might be, especially after the high fermentation temperature. I thought it was cool enough that the temperature wouldn’t shoot up, plus, as mentioned, I don’t brew high gravity all that often. I wasn’t expecting such a big boost in temperature. It should have been placed on temperature control. Lesson for next time. Enjoy!

Useless Fact: When California joined the Union, the capital was San Jose, then they tried to move to Vallejo and finally settled on Sacramento in 1854.