Brewed: If you can read this, you don’t need glasses 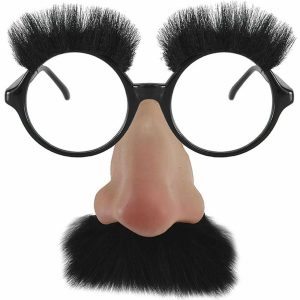 2017 is turning into the year of tough to find time to home brew. Outside of brewing If you can read this, you don’t need glasses five days after Honey Pot Pale Ale with wet hops, second annual, it has been three months since I brewed up Schlap!.

Busy life and falling back to old hobby, fishing, has taken up a bunch of my time an enthusiasm. Jotting over to the local pound or river takes minutes, while the time duration of the act of fishing takes minutes to hours and anywhere in between. I don’t have to plan to go fishing. Hell, it can be a knee jerk reaction. Perfect for aforementioned craziness of life.

Formulating the recipe for If you can read this, you don’t need glasses

If you have been following along, Northeast India pale ales have been my obsession over the past year, if not longer. If you can read this, you don’t need glasses tries to quell the obsession.

The recipe is inspired by a recent article in Zymurgy magazine on the home brew winners. I looked through them all, multiple times, but the IPA section kept pulling me in (back). I noticed that the winner used two pounds of oats in his recipe, over 15% of the grist, something I have wondered about but never attempted.

As for the hops, I was shooting for fruity while attempting to use up more of the cheap 2015 hops I purchased at the beginning of 2017. I wanted to use up the Eureka and Equinox as I never liked the hops on their own but found them better in support and as late additions. The Mosaic is quickly becoming a NIEPA classic, while Galaxy packs a wonderful tropical punch.

I still have not graduated to treating my water (although I have picked up some small vials of chemicals at the local home brew shop). When making an IPA, or similar, I use about 60+% reverse osmosis water with tap water. My tap water is very hard. I have felt it has helped with the perceived bitterness of the beer. That could be the way I am adding the hops as well. Enjoy!

Recipe for If you can read this, you don’t need glasses

Useless Fact: After the death of her husband, poet Percy Shelley, Mary Shelley (author of Frankenstein) kept his heart wrapped up in silk until she died.