From time to time I bring up the thought of American craft beer and cost. He is another round 😉

In lieu of some really short and limited releases coming out and a few that already have, I thought I would sound off.

Economics and the simple supply and demand curve knowledge was bestowed upon me when I was a senior in high school, it was further pounded into my head as a Freshman in college. For those that have forgotten or those that don’t know, economics can, at it's most basic, be broken down into a graph of a supply and a demand curve set on in quadrant one of a graph. The horizontal axis represents quantity while the vertical axis represents price. 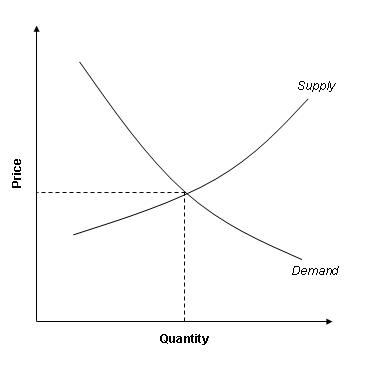 Here is the where the real magic begins. Now depending what is increasing or decreasing, the supply and demand curves will move up and down, where the two meet is considered to be an equilibrium and everything strives for this balance.

Okay, not too in depth, but enough, with the graph, to get your brain thinking supply and demand. Now is the time to switch to the American craft beer industry and make my case for relevance. 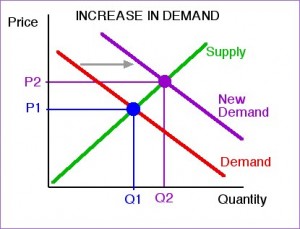 We all know that craft beer is made with better ingredients and that the demand is on the rise. The supply is also on the rise to try and meet this demand. This means that the price is bound to go up. Over the last five, six years of drinking American craft beer, I have noticed an increase.

That’s great, inflation causes all things to go up. True. But what happens when supply is thin (special releases) and demand (craft beer wannabees) are all over the release? So far nothing, but don’t hold your breath. Prices for bombers has gone from the $10 range for these beers to easily in the $20 range. Same beer, same quantity in the bottle, same quantity available, but much bigger demand, thus the 100% increase in price.

In the case of the a beer like Kate the Great, they only brew 900 bottles. In the case of Pliny the Younger, they sold out in a record amount of time. In the case of Dark Lord, FFF is producing tickets and limiting the number of beers per ticket. The list could go on but these beers are in super high demand, look at Ebay (more to come on this), and the supply is very limited. It is very easy to see that prices should, and probably will continue to rise for these releases.

Now you may wonder why it is fair for the brewers to raise prices. Well, if you want it and are willing to pay for it, why not. For most this is probably their one beer that really makes them some money. powerlins ii femmes Also, if you were the brewer, and you noticed your merchandise selling for 50 – 150% higher on Ebay, why not raise the prices? Why not bring that profit to the brewery instead of somebody else trying to make a quick profit? Why let band wagon jumpers that have no real interest in this hobby other than to make a buck profit? I am sure these questions and many more are going through the heads of the brewers.

Simple economics says that the ridiculous demand for these short supplied products has to rise and, in many cases, it will to a price that will leave the true connoisseurs out in the cold. Enjoy!