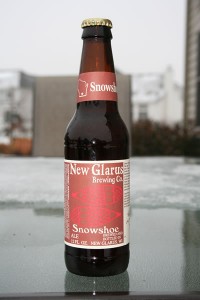 Two beer reviews last night with one scored on a weekend trip to southern Wisconsin while the other was a gift from Rich from a recent trip to the Detroit area.

Snowshoe Red Ale by New Glarus Brewing Co. is a beer I have wanted to taste for a while as it is only released for two months: November and December, each year. As it turns out, New Glarus had some type of vote recently and Snowshoe will no longer be brewed going forward. roshe run hyp It has been retired. That said, this offering by New Glarus comes up short on a big resume of good beer. The malt is the backbone with a mild lemony, spicy hops that comes through at the end to give some semblance of balance. Aroma, taste, and mouth feel all come up a little short but, in defense of the style, that is sort of the styles motto. 6/10

Another American amber ale, Siren Amber Ale by Jolly Pumpkin Artisan Ales is released under another brewery: North Peak and is brewed up in a sister brewery in Traverse City, Michigan. Siren is just another average amber ale that doesn’t do anything special for me. I know how good Jolly Pumpkin is with their brett and oak aged beers, they need to step it up a notch on their “normal” beers. 6/10

The night wasn’t a loss but I expect so much more from both of these breweries. Nobody is going to like everything that a brewery has to offer and last night was just not my night. Enjoy!