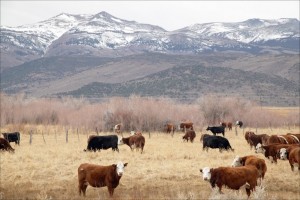 Some good old cows by the Sierra Nevada Mountains.

Oh yeah, it is Wednesday, time for another beer store visit. Even thought I promised my wife I wouldn’t be purchasing any new beers (unless life-or-death), I still brought my wallet. If she asks, it was out of habit

I don’t know if I have ever mentioned this in roshe run flywire the past but I thought it was a safe assumption: since the site is based on American craft beer, my purchases and questions center around that idea. When I go to the beer store, there are many other foreign and macro beers that they get in each week, just not that interested.

This week was a little slow with the following new faces:

The Torpedo Extra IPA was just a refill as they haven’t had it in stock for a while. It is a year round beer. Anniversary Ale is one that is made around this time every year by Sierra Nevada. Hoptober I purchased up in Wisconsin recently, strange that it took another 2 – 3 weeks longer to get here. Best Brown is a really good beer and I almost pulled the trigger but it has hard to hide a five liter in your pocket. 🙂

Travis and I did get a few minutes to chat about beer and brewing. Always two topics on the top of my list. We both have been curtailing our drinking as of late, so we could only talk about beers of days gone past. Enjoy!