In thoughts of the state that today’s beer came from, I am writing about Scofflaw Brewing Company’s Basement, an IPA from an Atlanta brewery. It was in the big box of much goodness from Ryan. a very generous chap. It was canned sometime in July, but I can’t quite make out the exact day since it was a bit blurry.

It pours a very cloudy tannish orange mix, a thick healthy creamy head and lacing. I poured it a while ago and there’s about a centimeter or two of foam still on it.

Smell is dank and lemony with a slight bitterness on the back end. Taste is interesting. It’s got a bitter tang up front, then follows that with a juicy citrusy hoppiness. I’ll be honest, it’s not the best tasting beer I’ve had. The description says it’s brewed with all citra hops, and it doesn’t remind me of any other citra hop beer I’ve ever had. It’s got a creamy and smooth feel that might be the best part of it.

Not a bad beer, but not great. I was curious about it, so I’m glad I at least got to try it. 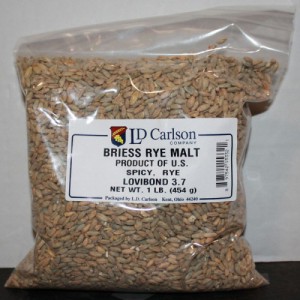 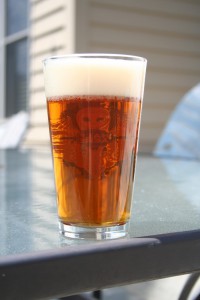 I brewed Duck Hook with Chuck back in late May (time goes by too fast). We did two batches of beer: one with Citra as the main hop and the other with Nelson Sauvin as the sparkling guest star. Everything has gone well with these two version. It has been a great experience to understand how these two hops can affect a beer.

I adore the hop, which easily leads to me stating that American IPAs are a great group of beers. I would say that IPAs are my go to style of beer. I have been brewing IPAs since the early days of my foray into home brewing. I am driven to make an IPA that is well balanced; too much unbalanced bitterness kills the beer. I think the Duck Hook series of beers is proving quickly that I have kept to my mantra.

The review will be for both beers: Citra and Nelson Sauvin

Look: Quite possibly the clearest beer I have ever presented. Golden in color and topped on the pour by a fluffy, white foam that has typical staying power for the style as well as beautiful lacing.

Aroma: This depends on the hop. The base beer is a touch of grain, caramel, and toast. Getting me “closer” to the perfect IPA base that I am seeking. Citra is tropical, mango, citrus, and just glorious. Nelson Sauvin bring blackberry to a new level. Strawberry (maybe raspberry) add a nice complexity.

Taste: More of the same form the nose. The base beer has enough back bone to hold up the flavor and bitterness of the hops; definitely not the corner stone of the beer. Citra version brings on the typical aspects of the hop, especially since I have some experience here. Blackberry and to a minor roll, strawberry create a unique flavor I have not experienced from a hop before.

Drinkability: Medium to light-medium body with medium carbonation that allows for a slight bitter bite.

Overall: The Citra beer really turns heads no matter where I bring. Nelson Sauvin lags a bit behind. The base beer has some good malt characteristics while I think the body might be a bit too thin for my liking.

How do the two differ? I think the Citra is much more noticeable and is possibly my favorite hop at the moment. Citra is great to drink as soon as bottle priming gave me enough carbonation to drink. Nelson Sauvin seemed to bring it strong after about 4 weeks or more on the bottle, with aromas and flavors intensify after that point. Citra stands on it own: citrus, mango, tropical, and, at times, a kattiness. I like Nelson but think that it would be a better compliment hop for me in the future.

Now I have to wrangle Chuck to get another dual batch day in August. HBC 342 and Rakau are next. Enjoy!

Since stopping at the brewery on the family vacation in 2010, I have only had Furious on a few select occasions. Therefore I was delighted to here that Rich had to head up to Minneapolis for business. Better yet, he was driving. Load up the car!

After sharing a Furious at Rich’s house shortly after the trip, I realized that the three 4-packs were ridiculously short sighted on my end. I think I forgot how much this beer makes my senses happy. I went through four of them in a “controlled” weekend as well as a Coffee Bender. Why didn’t I buy more? Was thinking the wife might be angry if I spent too much. Of course, after the fact, she said I should have pulled down a case. Crap, missed opportunity.

This beer is delicious no matter which new hop hits the market. I plan on having the last eight cans over the next couple of weeks; that’s as long as I can make them last. The best part about it: the beer is only 14 days fresh. Yummy. Enjoy!

Useless Fact: Grapes explode when you put them in the microwave.

It has been a while since I had a bottle of Scurvy by Tyranena Brewing Company. It was released as part of Tyranena’s “Brewer’s Gone Wild!” series back in 2009. I have tried to pick up as many in that series as possible and have seen those beers as one off’s. I know a few have been repeated but guess I never knew that they decided to go year round. Obviously they don’t run their release schedule through me. Before I continue, is it me or has Tyranena slowed on the releases of aforementioned series?

The aroma is king and hop forward. Lots of citrus/grapefruit that straightens out the hairs of my nose. A caramel backbone holds up ever so slightly. The taste follows, heaping on the bitterness in the finish. According to my notes that because I had the beer too cold. I can see that as I had it outside for an hour in 20 degree temperatures; it was damn cold. The one thing I don’t remember in the beer is the amount of debris free floating in the glass.

Scurvy still satisfies the hop desires in me. Now that I know it is year round, I will partake more often. Enjoy!

Useless Fact: Cockroaches have lived on Earth for 250 million years without changing in any way whatsoever. 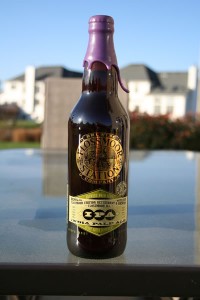 Celebration IPA by Flossmoor Station Restaurant & Brewing is an American IPA. The uniqueness of this IPA is that it is brewed once, put on tap and/or bottled with colored wax to distinguish, and then they change the recipe. I like the idea as it gives the brewer a chance to let a piece of himself shine through based on how well each of the beers are received.

The bottle had purple wax to help me denoting that it free run 3.0 v4 femmes was their Celebration IPA offering (their webiste lists the colors and beers). The beer poured dark amber and cloudy with ample, tan, frothy foam. The aroma of citrus hops, even some floral hops with a big malt backbone: bread/dough. I believe the malt came through more based on the age but nonetheless still a very good beer. I wish I could have had Celebration IPA when it was fresher.

No matter, Flossmoor Station continues to impress with their American craft beer offerings and there is good chance I will be heading out there today 🙂 Enjoy!