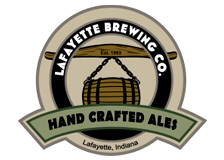 I don’t follow the numbers so I didn’t even realize that Black Angus Oatmeal Stout by Lafayette Brewing Company was going to be American craft beer 300.

In my haste to add this beer to my cellar, a while ago, I never noticed that the bottle says to keep it refrigerated. After eight months or more in the cellar it never once reached a the temperature mentioned by the brewers on the bottle. I guess a combination of the cellaring and maybe a bad cap made this beer infected. Yep, tons of foam, not much beer, and a hint of off aromas/flavors.

I decided not to grade the beer since I really wasn’t able to taste or smell what was originally intended. I can’t wait until I get these non-cellarable beers out of my cellar. I just love doing dumb things. Enjoy!