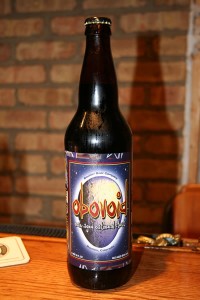 Last night was a good night for tasting. I took a visit to an old friend, Ed, that I hadn’t seen a while. We talked a lot, caught up, had some grub, and then we got serious drinking and talking beer!

The first beer of the night was Cocoa Loco from Arcadia Brewing. This is a beer that, as the name insists, has a lot of cocoa in it: both aroma and taste. Beer review for Cocoa Loco.

Beer number two was Obovoid Oak-Aged Outmeal Stout from Boulder Brewing. air jordan 12 Obovoid has plenty of roasted malt, oatmeal, and chocolate. There was a creaminess to the beer that was unexpected but was placed. A really good beer that Ed and I both enjoyed. Beer review for Obovoid. 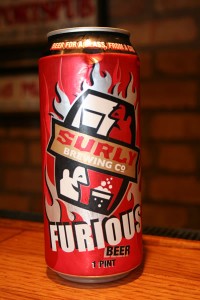 Furious by Surly Brewing Company in Brookly Center, MN should be hung on a wall as a fine work of art. Yes, it is that good!

Third beer to the plate was Furious from Surly Brewing. Words are hard in describing this beer but everything you may have heard about is true: even more so in my opinion. 99 IBUs of hop goodness that are well balanced throughout. Hop lovers web dream! Beer review for Furius.

The final and cleanup hitter of the night was Oro de Calabaza from Jolly Pumpkin Artisan Ales. Unfortunately our “gusher” leaked all but six ounces out of the 24 ounce bottle. The little taste we were afforded was definitely different, complex, and something that I want to experience again. The whole wild yeast bottle fermenting is interesting. Jolly Pumpkin makes an entire line of beers out of their Dexter, MI brewery that run along these lines. Beer review for Oro de Calabaza. 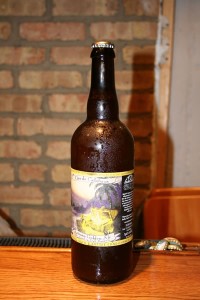 I want to thank Ed and his wife for opening their home to me, air jordan 13 treating me to dinner, and sharing some beer after a two year hiatus. Next time let’s get together at my house and I can reciprocate.

Time to wrap this up, purchase some minnows, and take the little ones down to the river for some small mouth fishing. I just have to make sure to control myself and not try to out fish them 🙂