Lake Erie Monster by Great Lakes Brewing Company, and American Imperial IPA, comes out each summer for the appreciation of all the IPAs lovers out there. Seasonal releases always have a good following as people like to feel like they are having a glass of something unusual.

Lake Erie Monster packs a bunch of hops into the twelve ounce bottle. Floral, fruity, and spice hop features are present on the nose and mouth. A toasted and toffee malt presence add enough stature to balance the hops, subduing the bitterness.

Probably my only gripe is a big alcohol presence that at times was annoying. Otherwise a beer that I look forward to each summer. Enjoy!

Useless Fact: The precise geographical center of the North American Continent is in a town called Rugby, North Dakota.

The day before Christmas and all through the house I was dreaming which American craft beer I would have for Christmas Eve. There was a little snow on the ground and the kids where playing on the snow hill at the end of the court; I need something with a Holiday theme.

Christmas Ale by Great Lakes Brewing Company was about the only seasonal beer I had in the cellar. Not a huge fan.

Since I was full of snow, I asked the wife to pour me the Christmas Ale. Within a few seconds she appeared at the door with the beer in the bottle. I gave her a quick glance and without hesitation she took the beer back, poured it into a pint glass, and brought it back out. Now I was ready.

I had Christmas Ale last year and only had a bottle this season as my neighbor, Miles, brought one over to share earlier.

I don’t know if it was the sweat, the cold, and the anticipation of Christmas, but this beer tasted much better than I remembered. The spices were more subdued and held back with more of a malt balance. Unfortunately I was not able to finish my beer as my daughter kicked the glass that I placed on the snow hill while digging a ginormous hole through the hill. Oh well, at least I could play on the hill. Enjoy!

Useless Face: The first person to ever survive the fall over Niagara Falls was in 1901 when Annie Edson Taylor, a 43 year-old widowed school teacher from Bay City, Michigan, survived the fall in a 260 pound oak barrel.

It is never easy when you receive a phone call at work with bad news. The news I received was that my parents house had been broken into, stuff was stolen, they left a huge mess, but neither of my parents were hurt. My Dad specifically asked if we, my wife and I, would mind coming out. That type of event leaves you feeling vulnerable and scared. I made arrangements to leave work and go help. Probably one of the smarter things I have done because my parents were really grateful for the help, but, I really think it was the company.

When we got home, a little late, I knew that I had to keep up my end of the 365 beers in 365 days bargain. I knew exactly what would be satisfying after a rough afternoon/evening: Blackout Stout by Great Lakes Brewing Company.

I have had the beer before and Shawn, one of the guys in tnbc, recently, for the second year in a row, attended the BA release of Blackout Stout in Ohio. Why do I bring this all up? Shawn was kind enough to get me a bottle, so I am sure that will be part of the next 359 beers. 🙂

Blackout Stout is all what you expect in a Russian Imperial Stout: big, bold, and beautiful. The aroma gets you going with chocolate and roasted malt with it continuing on the taste buds, lingering in the back of throat. If I had one complaint, it would that it had a bit too much carbonation for me. I like my big stouts to be almost flat, if not so. I want the profile of the beer to come through without any bias. Enjoy!

It seems like an eternity since my last official Wednesday beer store visit. I had been on vacation during the Holidays and last week I was busy after returning to work. I feel like I should be headed to the principals office for skipping school.

I have no idea how busy the beer store was during my time away, but Matt (beer store beer buyer) said before my abscence that they would mostly be restocking the shelves for the Holiday season. So I don’t think there was much that I did miss, if any.

The welcome site of the beer store as I pulled up air jordan 4 femmes had me more excited to see Matt and talk a little shop rather than wondering what new liquid goodness had found its’ way to the shelves. Matt quickly let me know that they had hit a jackpot of beer yesterday. Some were retreads while others were new seasonal and one-time releases.

Run down of beers (not all listed, just the highlights):

A really good beer store visit to start the year off on the right foot. I only wish I had more money but that always seems to be the case. Enjoy! 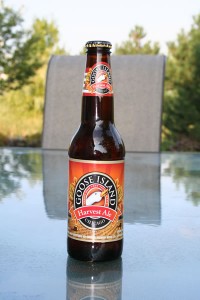 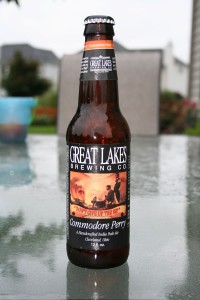