Hops are in the air in the midwest: Hopslam by Bell’s is released every year in January. Not only is it American craft beer goodness, it is hop goodness to the nth level.

For anyone that has been a beer geek for any amount of time, they have heard of Hopslam. It is one of those beers that everyone talks about, that everyone tries to get, even if they have had it before, is only around for a short period of time, and, most importantly, being a DIPA, it cannot be cellared: drink it now or give it to someone who will.

Hopslam is brewed with honey, that makes the beer finish a bit dry. The hop aroma is huge, pleasant, and full of pine and citrus. The sweetness to the taste mixed with the honey and hops is a does of pure beer nirvana.

Yes, I went and did it: I rated a beer a ten. I did have a chance the other evening to have this along side Pliny and most of us picked the Hopslam over the Pliny. Enjoy!

Useless Fact: Maine is the only state whose name is just one syllable. 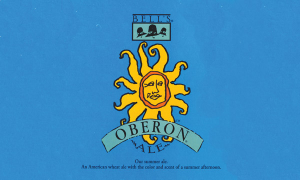 Is Chicago the epicenter of the Craft Beer World? (At least for the next couple of weeks)

I’m getting dizzy trying to figure what and where I can get away with/to, in terms of beer events in our great metro area of Chicago. The big driver of course is the Craft Beer Conference being held here by the Brewers Association on April 7 through 10. An industry event that apparently is sold out, which gives a further proof point of the explosion currently being experienced by the craft business. 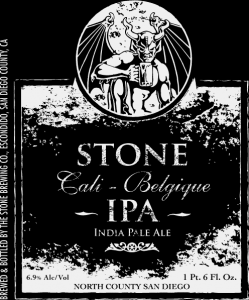 So last night the Two Beer Dudes, started the month right  by attending an Oberon Release party at a large liquor chain store in downtown Chicago. Binny’s South Loop is cool in that it has a tasting room/bar that runs the length of the second floor sales room. One whole side of the bar is a long, glass window that looks out at the Chicago skyline. Bell’s traditionally releases Oberon along with the start of the baseball season (the big league), and in all states they distribute to there were release happening this week. We got attracted to this particular event for three main reasons. One, in addition to Oberon being on tap, they also had Hopslam, Oarsman, and Batch 9000. Don’t know about your neck of the woods, but Hopslam disappeared from the shelves here within a week or so…and you had to beg your local brew store to sell you one or two 12-oz bottle of the B-9k. The second reason was that Larry Bell himself, founder and owner of Bell’s was manning the taps. This was a big crowd and Larry worked hard to move through the room and do the meet/greet. Our beer geek moment was a chance to actually meet and briefly converse with the brewmaster. I’ve heard different things about the man, but in our brief conversation seemed interested in what people had to say and absolutely provided insight to inquiries about his beer / brewery. And, he’s truly one of the craft brewing pioneers, makes a high quality product, stand up for his principles, and I think is a die-hard Cubs fan. Oh, and the third reason we attended was that this Thursday night started a 3-day holiday weekend. 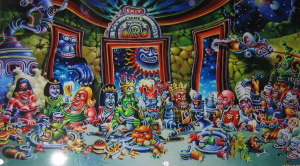 Okay, quickly to all the other stuff that I’d like to do this month. It’s crazy how many craft brewers will be in Chicago over the next two weeks and the shot at some one-time only brews and events. This list is by no means complete, there’s just too much to research. My suggestions is that of you don’t see anything of interest on my list do this. Google keyword of, “your favorite brew” along with “Craft Beer Conference” or “Chicago” or “April 2010”, and you might find other events….cause there’s lot’s of them.

Here’s the events I’d like to catch, in order of dates, sort of:

Then if we survive all this, rest up for Dark Lord Day on the 24th.

Holy swinging monkeys, ain’t it great to be alive. 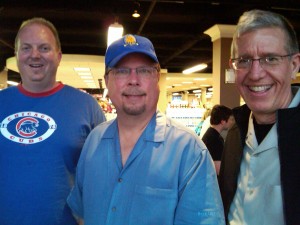 Last night at the Binny’s in Chicago’s South Loop, Larry Bell made an appearance to kick off the release of Oberon. Tickets were five bucks which got you a pint of Oberon. Also on tap were Hopslam and Batch 9000. Of course I had to have both on tap. Batch 9000 was really good but, for me, Hopslam on tap stole the evening. The aroma of the hops was so unbelievable while the flavor was robust and full.

What made the evening such a great event of me: Rich, his wife Kathy, and my wife Sue went as a group. Each couple has three kids, so having an evening for adult fun, especially in the middle of week, is almost non-existant. A friend of mine, Dave, who lives in Chicago, also met up with us and joined the group. We had some good conversations and laughs with the guys talking beer and women talking, hmm, who knows what.

Larry Bell stopped by the table for a few minutes to chat before he had to go pour beers. We talked about the history of Oberon which dates back to 1991 and was called Solsta. The named changed to Oberon about 1998 after a claim that the original was trademarked. Rich, being a native of Michigan, talked about his first experience with Oberon.

On a side note, in spite of Batch 9000 only coming out a few months ago, Oberon has a batch number of 9603. They brew a ton of beer. I read where they are making 80,000 barrels of Oberon this year. A big amount for a craft brewer when you think a lot of local places are lucky to make 1,000 barrels total in a year. Enjoy!

Another week and another beer store visit. Finding out the new American craft beer arrivals is strangely enough something that I look forward to. Like a small child awaits the trip to Target to check out the toys.

The beer store was loaded yesterday, the amount of new American craft beers seemed at a high, even without the leadership of Matt, the stores beer buyer. It isn’t often that I go up and down the aisle and lose track of the world around me as the new American craft beers on the shelves sparkle and fill my head with wonderment and thoughts of new jordan what they would taste like. Oh the possibilities.

Quite the stunning group. I pruchased a four pack of Backwoods Bastard, a bomber each of the following: Juliet, La Parcela, and Bourbon County Stout (2009) by Goose Island Brewery. Once I get over my cold, happy days for my beer tasting senses. Enjoy! 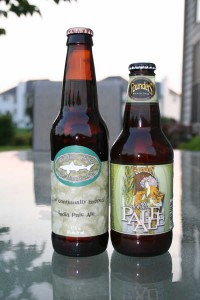 Weekly beer store visits come at the right time each week: in the middle breaking up the mundane craziness of the office. This one is no different and after a rough day in the office Tuesday, I couldn’t help but have fermented hops dancing in my thoughts. What liquid goodness would the distributor bring to my favorite beer store? Let’s see.

The wife asked me to pick up another case of Oberon by Bell’s Brewing Co.. She wanted to make sure she had enough to last her into the colder months as it is her favorite beer. I am still in IPA mode and looking for a few to add to the free run 5.0 collection for when her friend from work comes over.

I have about six or seven IPAs already for that evening and have warned my wife that he may want to bring his wife as a DD. Now the total is up by two more as I picked up 60 Minute IPA by Dogfish Head Craft Brewed Ales and Dry Hopped Pale Ale by Founders Brewing Co.

This get together with my wife’s friend is still over 3 weeks away. I am counting them down as I look forward to an evening surrounded by my hop buddies: IPA. Enjoy!