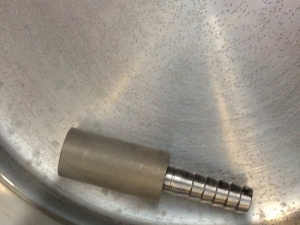 Life is full of memories, not always good, not always bad, with many somewhere in-between. One of my memories growing up was the color of my brother’s and my hair. It was bright red, almost orange in color. It was an easy target for kids of my generation to poke fun at; growing up in the 70s it seems like there wasn’t much needed in order to do so and it wasn’t looked down upon.

Red hair sticks out. When it is orange at the beginning of the school year, after a summer of natural summer sun bleaching, the red and blonde hues blend to a bright orange. It almost glowed.

It didn’t take long for a myriad of nicknames to fly our way. Since my brother was older, the nicknames were already in place and known before I showed up at school. “Carrot top” was the one that I remember most. It is the one that, at the time, I think I least liked. But in hindsight, who gives a shit. It is a memory that I will have forever.

As I have grown older, I don’t get the highlights in my hair I used to (tons of skin damage – yuck) and it is turning gray. No one will mistake me for a carrot top but I am one still at heart. This beer is for all those red heads that have found their way on the back side of nickname. Enjoy!

I have been brewing North East India pale ales (NEIPA) for the past few months (The Dude, The Train Man, Baller, and Used to name a few.). I have been trying to become more intimate with style. I have tried many different hops and changes to the brewing process. It has been quite the tasty experience.

I decided to take some of the NEIPA brewing processes and apply them to an American amber ale. I wanted enough malt to hold up the amber ale while getting a hoppier, non-bitter, aromatic beer. The beer needed to have the mouthfeel to hold up the style but allow clean hop flavors to shine.

Mosiac and centennial seemed to be two well suited hops that should/would play nicely together. Layered crystal malts would lend enough maltiness, sweetness and light caramel notes to remind the drinker of the malt backbone the style was once built upon. A touch of chocolate malt to give color, while oats would add to the body with some creaminess. A mash temperature at 154*F should help the body as well. An American yeast, S-05, should round the beer out nicely.

Excited to have this one in the glass as it sounds like it should be darn tasty.