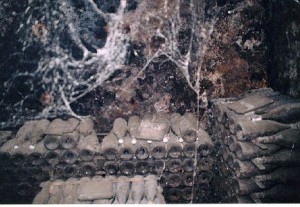 Yeah, it has wine, but that is a cellar, not a basement!

I have the hypothetical beer cellar in my basement, like many American craft beer fans throughout the United States. Why hypothetical? Well, it really isn’t a cellar since my basement temperature isn’t always the same, the humidity changes, and cellars are supposed to be old, dusty, and fill of bugs and mice. Most people’s basements are finished with a bit of storage off to the one side or another. That’s where they make their “cellar.” Not in the dank confines of some old bricked sub-basement that hasn’t felt sunlight since the day it was enclosed.

Now onto the contents of my cellar. Of course my beer collection isn’t the only inhabitants of the basement: my kids love to beat on the basement, my wife stores all her decorations, and the occasional frog enjoys hopping down into the window wells. My cellar, which is really only the area around my storage shelves for my American craft beer, duels as the fermentation area for my home brew.

Of course when I purchased my shelving unit, I didn’t have the for site to move stuff around before building the shelves and placing beer on there. Instead, I built it in front of the Easter shelves, which burried one the Christmas shelves. After repeated requests, I finally decided to take all the beer off and play musical shelving units.

Below are beers from the bottom three shelves. Enjoy! 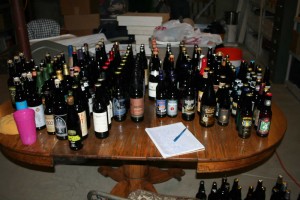 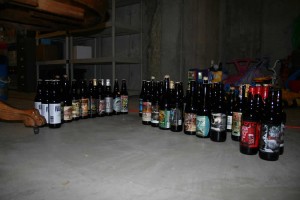 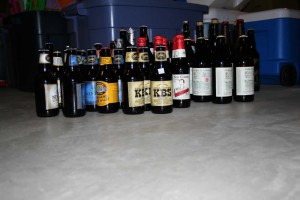 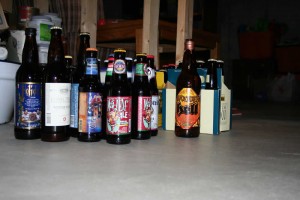