It has been so hectic lately that I haven’t been able to sit, enjoy, and review more than a beer in one evening. Last night afforded me four fold. The list of American craft beer participants: 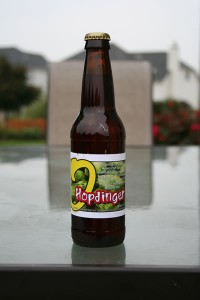 Ouisconsing Red Ale by Central Waters Brewing Company is an American Amber Ale that poured a clear, dark gold hue with a good, white head, nice retention and lacing. The aroma is has big sweet malt backbone with a pleasant floral hop aroma setting up a taste that includes bread and even lemon grass elements. roshe run hyp femmes A really good beer that you could session and something that I would enjoy having again. Central Waters Brewing Company makes some really nice beers and if you can find them (only in Wisconsin that I know of) treat yourself to a couple of their flavors. You won’t be disappointed.

OAKED Arrogant Bastard Ale by Stone Brewing Company is an American Strong Ale that has been aged with oak wood chips. A complex beer that looks good in the glass from the get go. A nice frothy, tan foam that has good retention and beautiful spider web lacing on the glass. The aroma and taste both bring lots of malt (molasses, earth), hops (nice citrus and floral blend) and a slight bit of strangeness that compliment each other throughout. A unique beer that, maybe a little over priced, is worth the taste. 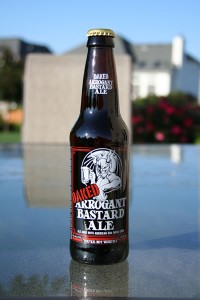 Leinenkugel’s Classic Amber Lager by Jacob Leinenkugel Brewing Company is a macro brew pretending to be a micro brew that is an American amber lager. Spicy hop notes sort of stuck out in my mind more than anything else in this beer. It is an easy drinker but the spice detracts from how much of it you want. Not a bad beer just something I wouldn’t want all that often.

Hopdinger by O’so Brewing Company is an American pale ale. Pours as you would expect: big frothy head, good retention, and some quality lacing. Nice combination of floral and citrus hops on the nose that put your nose in a higher place. Awesome. This beautiful combo isn’t as prevalent on the palate but noticeable. The only real drawback to an otherwise great beer. A touch of earthiness to the finish. A twist on APAs that is nicely done and enjoyed. O’so isn’t easy for me to get but every chance I do, I try. They are another small brewery in Wisconsin that I have to travel to get and, then, I am not even assured to get any. 🙁