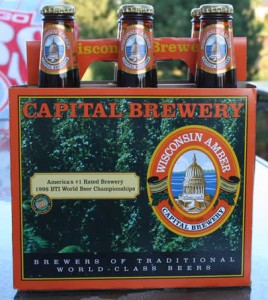 The six pack of Capital Brewery Wisconsin Amber that Chris picked up. Thanks!

Lately in order to try more beers that I normally wouldn’t be able to get in the local area, I have been asking friends and family to look out beers during their vacations or excursions to local states.

The begging is starting to pay off. Air Jordan Femme My first return is from a co-worker who was in Wisconsin. He picked me up a six pack of Capital’s Wisconsin Amber. Yes, I can get it in the local area, but he was kind enough to take time out of his trip to pick me up something. Also, I have never had this one. Beer review will forthcoming over the weekend. Thank you Chris.