Random Thoughts on the Day 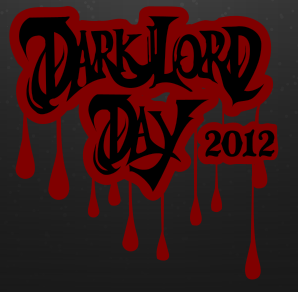 Just sitting in the garage letting my wort boil as I think about the day and events therein.

It started with my daughter’s last 10 year-old basketball. It was the championship game. Not that should matter in that level of basketball. Originally the game was to be at ll:00am which would put getting Dark Lord tickets in jepordy. Eventually it was changed to 10:00am but the other team didn’t know, so there was a stall until there was enough kids at 10:30. I could make ticket sales, yes! The game was low scoring and close, my daughter’s team loss. She was much better at the game by season’s end; the only thing that should matter. Unfortunately two asshole father’s decided to get up and shout at each other in the fourth quarter. Completely and utterly fucking stupid asses. This is about the kids not two rock heads.

I made it in time of ticket sales, no problem. I had the wife on one computer and myself on another. Amazingly I was in right off the bat, had my two tickets, filled out billing and mailing info, boom, system fucked up and no tickets. I spent the next hour trying to get tickets: my wife got through for one. Rich got shut out. I already checked out ebay and there are tickets for sale: $100+ for a single and $500+ for two. I hate that shit, but it is causing me a dilema: keep it and go by myself, give it to Rich to let him go so I can attend a family reunion, or sell them on ebay, making money to buy brewing equipment.

I don’t know which way I am goinng to go on this one but the brewing equipment is calling my name. Going by myself is lame and I don’t see my family all that often. Hmmmmmm.

With the events of DLD and KBS last week, I am starting to lose interst in American craft beer. Yeah, I said it. Back in the day I might be stoned to death for those type of words. It has become so ridiculously pathetic that I am tired of fighting the “Johny come latelies” and the “pricks for profits”. I like brewing and I am getting better, exploring, and I am starting to enjoy my own beer. Time to move on. Save a ton of money and invest in my own abilities. I will probably write more on this topic when my head clears and my thouhts are more clear.

Oh shit, one last quick note on DLD ticket sales: bind a ticket to the buyer of the ticket. Fuck, yeah. If you purchase a ticket, your name goes on it and/or if you are purchasing for someone else, there name has to go on it when purchasing. The idea here is if you are buying for someone, you know that someone up front, it shouldn’t be a mystery, so give that information up front. The name is on the ticket(s) and an ID is necessary to purchase the beer. Wow! Amazing that someone drinking all day can come up with a simple solution. Until something is figured out by these breweries, I am out and quite possibly out permanently. I have had my full of the shit. I am moving on.

My next challenge to myself: purchasing limited quantities of American craft beer.

Now onto the brew day. It was all going well until the wort was almost boiling. I was racing against the clock to finish cleaning the mash tun and rush out to the garage to help a boil over from the hot break. I made it but my wort was cooling down. How does that happen: no propane. Simple enough, get the propane off the grill in back. Glad I have a back up. Fuck!!!!!!!!! No dice, it was out of propane as well. Shit. An hour later and two full propane tanks, I was back brewing. The brewing day is long enough, do I really need something to push me back an hour.

I hope the worst part of the day is over. It has been intersting, a bit upsetting, but hopefully I am better for it. I need to see if Rich wants to come over for some home brew. Enjoy!