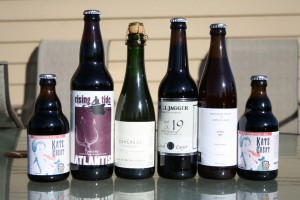 American craft beer transactions deliver plenty of happiness around the globe each and every day. Since I don’t like to be on the outside looking in, I have a few regular trading partners. We have such a good relationship that we just drop off a box here and there, nothing is expected in return nor was the drop off planned.

This time my friend, Matt, from the East coast landed me with an awesome box:

Until the next box lands. Enjoy!

Useless Fact: Ants stretch when they wake up. They also appear to yawn in a very human manner before taking up the tasks of the day.