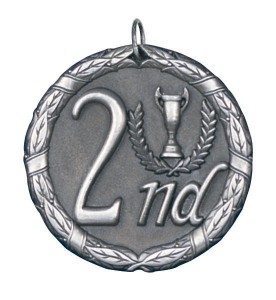 I finally decided to enter one of my home brews into a competition. I am member of two home brew clubs and the one, Headhunters, had an India Pale Ale contest this past Friday. I enjoy reviewing and brewing IPAs; one of my favorite styles. This competition was a chance for me to put my first brewing of an Imperial IPA, 203, up for a chance to get some real feedback.

Since this was a brew club competition each beer was rated by the attendees of the meeting. Not to put anyone down in the brew club but the only person’s opinion that mattered to me was Kevin’s. Why? He is a certified judge that I value his thoughts. He rated 203 a 38. I didn’t think that was to shabby for my first contest with my own recipe.

After the competition was over and because Kevin was sitting next to me, I monopolized his time for 30 minutes to determine what he believes could make the beer better. He shared a few good tips that will go into the beer the next time I brew it.

I am glad I entered the contest, not for the second place overall finish, which is cool, but for the input that I received from Kevin. Enjoy!

Useless Fact: The word “turnpike” originated in the days when toll collectors were armed with pikes, long-handled weapons to prevent travelers who refused to pay the tariff from using their roads.