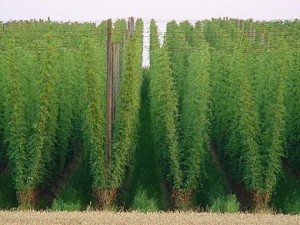 Have you ever noticed on some evenings of tasting, sharing, and reviewing American craft beer can be better than others? I don’t really mean from the stand point of the beers being better, but just from the point of anticipation, the people you share it with, and the mood you just happen to be in. Last night seemed to be that perfect storm: everything was right, I could have been entertained by American craft beer all night. That said, my usual cut off time for Thursday nights is around 9:30pm as I have to get by 5:00am for work the next day. Yes, I am a Sally, but I like my sleep. Last night went until about 11:00pm with Chuck, Rich, and myself sharing seven mighty brews.

The theme for the evening was IPA, as I had several sitting in the cellar that I wanted to have fresh. Since they were all bombers, when better to have them then when surrounded by friends. Rich brought over a fresh bottle of Bell’s Hopslam to throw into the fray.

The beer and ratings:

As I said, quite the lineup. Highlight of the evening, there were two: first, Guava Grove was pleasantly surprising as I have come to not care much for Cigar City offerings, and having a fresh Hopslam back-to-back with a fresh Pliny the Elder. Hopslam won out. Enjoy!