The last ten days of my life haven’t been the best. I was sick last Thursday through Sunday with the flu. Because of that I missed two days of work. Tuesday, on my way home from work, I was rear ended. I was stopped at a light for 30 seconds with a car behind. All of a sudden, pow! She said her foot slipped off the break but my head almost hit the windshield and I got out of the car looking behind her thinking that someone hit into her. That’s how hard she hit me. I think she hit the gas because she thought the light was green and wasn’t paying attention. Yesterday, Thursday, I left work as I had woken up with at 3am with my left hair swollen and in pain. I went to work, did a few interviews, and left as the pain increased as the swelling started to travel down the side of my jaw. 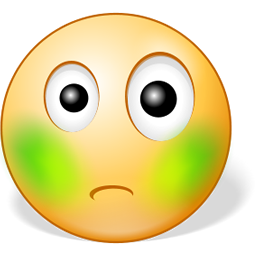 I went to urgent care, they took me quickly, and because of my symptoms, said there is a small chance that I could actually have mumps. I was given two prescriptions: antibiotic and pain. Of course I let me wife know about this, so she started calling and researching.

We went to the free run 5.0 +3 femmes emergency room around 6pm as the hospital said we should come in. Once at the ER, the mention of the mumps, which is unbelievably communicable, got a face mask on me in two seconds flat and in a room in less than two minutes. Never had that kind of service at an ER.

Seven viles of blood, an IV that was pumped full of liquid antibiotic and steroid, 102 temperature (it had risen a degree or more while there), and four hours later I was on my way home. Mumps is ruled out! They wanted to keep me but, upon my release, I had to promise to go to an ear, nose, and throat specialist today in the am.

My sleep was full of sweat, sweat, and more sweat. I changed my close from being drenched, I had a sweat towel that I used about every 15 minutes to wipe off my face, my pillow became water logged, and I saw some strange things in my sleep last night.

If this is my introduction to turning 40 a little over a month ago, I am beginning to not like it. I guess the worst part about this entire 10 days, I haven’t had an appetite for American craft beer and with the way I feel, it will be a few more days before I even want one. Enjoy!