My local liquor store, to work, is right across the street.  It is a busy street but nonetheless it is a very convenient place to have a liquor store! 😉  I have been fortunate enough to come to know the beer buyer, who is also a connoisseur, which allows me the chance to purchase items that never make the shelf, also gaining his input and insite into beers I might want to chance a fine taste. 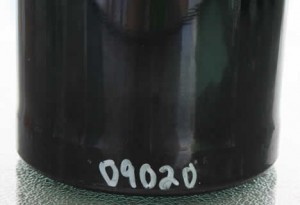 Sprecter Scotch-Style Ale is exactly one of those beers.  They were allotted one case (12, 1 liter bottles) of hand number bottles (yes, you read that correctly: hand numbered).  I was able to score one for a mere $19.99.  What is money to someone who doesn’t have any?

The beer is made with five types of malts (Aromatic, Caramel, Pale, Roasted, Vienna), two types of hops (Goldings, Hallertau), and aged in white oak bourbon barrels for six weeks.  For a kicker the beer has 10% alcohol by volume.  air jordan 1 I am curious to see how well they mask the alcohol or if they let it come through in all of it’s glory!

I am currently cellaring the beer until the cold, harsh winter of Chicagoland as I prefer the lighter beers during the summer and change my drinking habits based on the season.  I have also contemplated just cellaring this beer for five years and enjoying what the bottle brings me in 2014, but I decided against it.  Why?  As the beer ages it will lose some of the bourbon flavor that it basked in for those six weeks.  I want to make sure I can taste a whole bunch of it and enjoy the warmth as it slides down the backside of my throat!  If anyone wants to send me another one to enjoy in 2014, please let me know! 😀

Sprecter is located in Glendale, WI (northern suburb of Milwaukee) and claims to be one of the first American craft breweries.  They offer up an extensive list of regular, seasonal, premium, and limited edition beers and are suppose to make a great root beer (for the kids or designated driver).  If you are ever in the area stop by the brewery for a tour and pick yourself up some of the good stuff.  Enjoy!