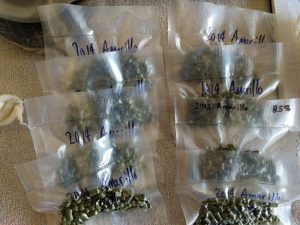 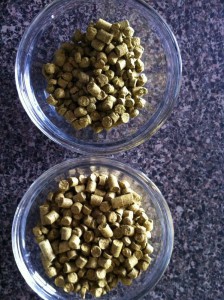 Another home brew day, another India pale ale (or American pale ale, depending on interpretation of the recipe).

This recipe came from the need to use Mosiac hops in a home brew for the first time. It also comes on the heels of a new series of beers I have been brewing: the 8s – Equinox and Eureka. In preliminary tastings of the two aforementioned home brews, I haven’t been stunned by either of the hops. Nice hops, definitely no where near great or above average.

Time for a hop bill with some gusto; one with old favorites (Citra and Galaxy) and new comer, Mosiac, that I have tasted in many commercial craft beers.

I decided to switch my naming convention with beers, starting with Three Tooth Joe. Inspiration comes from craft breweries that name their beers after family members. Now the task was to match the profile of this beer with a family member.

The hop profile makes me happy, makes me think of good times. My grandfather, Joe, the only grandfather I ever knew, was always happy, smiling and ready for a game of cards. His perceived jolliness was aided by his coke bottle glasses ,that made his eyes the size of watermelon, the three teeth that still were grasping onto his gums for dear life, and his desire to play cards that led him to deal almost every hand without fail or question. I always looked forward to seeing my grandfather. I would bring over my baseball cards to hear the stories he would share about each player. Good times. In order to honor my grandfather, I pay homage with my first family member beer being named after Joseph Brenner, the smiling guy that only had three teeth to his grin.

I do have one hesitation: this beer will live up to the lofty status that it is named. Enjoy!

Useless Fact: In a study of 200,000 ostriches over a period of 80 years, no one reported a single case where an ostrich buried its head in the sand.