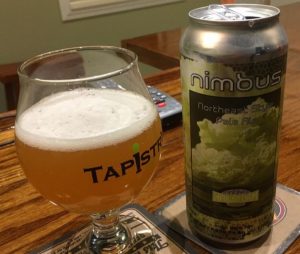 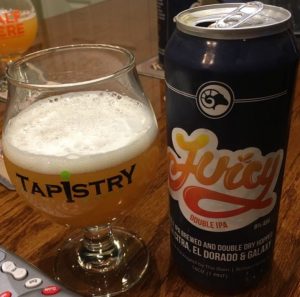 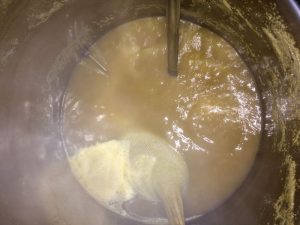 Ever since I have had my first memories, my Dad has been a O-gauger. In simple speak: he has had an infatuation with trains, specifically O-gague, which defines a size of model trains (1:48 or 7mm:1ft) and is on the rather large size for model railroading. He worked for the Missouri Pacific Railroad that was bought out by the Union Pacific. If memory serves me, it was the C&EI before it was the Missouri Pacific. If you want to know more, Dad will fill you in any time, any place. He will talk trains as much as I will talk home brew. The two hobbies don’t mesh well together.

Our basement was full of his trains and a layout, always in one form or another of completeness. I tagged along to monthly train meets: early Sunday morning drives that seemed to last for eternity. Once there, I worked odd jobs, walked through all the tables and wondered how cool it would be to have a layout with one of everything. A kid dreams.

Dad is 80 now. In great shape and spry (I only hope to be as nimble when and if my turn comes at 80). His love for trains has never waned. His layout is more complete than ever. It is realistic. It is beautiful. It is a labor of love. This beer is in honor of the best Dad: a man who never looked the other way when it came to hard work or trying to make a better future for his family. The Train Man.

I have found that I enjoy rye in a beer much more than I enjoy eating rye bread. A mix of rye spice works well with fruity and citrus hops. Azacca, a new hop for me, seemed to be a great place to start. I decide to add Columbus to get an extra spice kick while kicking up the citrus profile. The added IBUs would also assist with balance. The last time I brewed a rye ipa I only used two pounds of rye. I upped it to three here with the idea of pronouncing the rye in the finish even more (writing this also reminds me that I need to brew that rye ipa again).

Leading up to this brew day, I worked on my grain mill to get it better dialed in for higher efficiency. Based on the brew day numbers, I was spot on for the first time in a long time with my gravity. This should help the balance since the bitterness will be a bit more in check.

I am looking forward to this beer. Reusing many of the techniques from Baller IPA, I expect the mix of rye and Azacca to wow me. Enjoy!

Recipe for The Train Man IPA 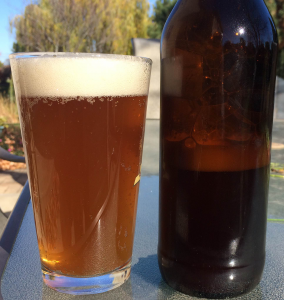 Being a Cub fan my entire life, I never thought this day would come. I thought the curse was real, allowing the team to only smell victory without ever having a chance to taste.

What a wild ride. Emotions were all over the place and Maddon’s decisions to pull pitchers pissed me off. Especially Hendricks and Lester.

I think of all my family and friends that never made it to this day, especially my Uncle Ray, a die hard Cub’s fan. This is for him. Enjoy!

Useless Fact: The cruise liner, Queen Elizabeth II, moves only six inches for each gallon of diesel that it burns.