Sorry, sometimes will take me a bit to write what I intend to if things are busy, but I wanted to say something about my beer experience last Friday.

It started with me trying to prove my pet Beeradvocate.com hypothesis, which is this: if you go on the What Beer Are You Drinking Now thread early enough (in my case, opened the thread) and post a picture of Founders Breakfast Stout and a good heavy metal tune (in my case, Iron Maiden’s Run to the Hills), then you will “win” the most likes for the day, which I did, and by a pretty good margin. I find it interesting how that’s probably the most popular beer on that thread.

Later that afternoon, I was able to grab the last six pack of Three Floyd’s ZombieDust at my favorite beer store. Because I hadn’t had it in a long time, and I seem to forget how balanced and juicy it is in between times having it, it became the only beer I drank the rest of that day. It really is truly a great beer, despite how I sometimes bitch about the brewery being overrated.

Couple notes on the coffee beer post the other day:

-the Fouders Sumatra Mountain opens up nicely when you pour it into a coffee cup. Going to have to try it in a snifter at some point.

-Peace by Mikkeller was pretty good. It was a Belgian abbey ale with coffee and aged in Bourbon Barrels. Not big on the coffee flavor, but a very mellow and tasty beer. I usually find myself disappointed in their beers, so this was a pleasant surprise.

Well, off to do yard work and figuring out what to drink after the work is done.

Have a good one…. 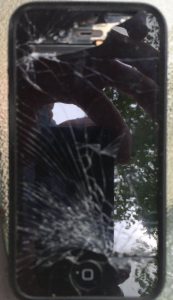 Hi all. My name is Matt. I’m a friend of Scot, known him about three or so months, started hanging out because of something near and dear to all our hearts – beer. We encountered each other through the Beer Advocate website because of my predilection to post in the Latest Haul forum, and since I often described my trips to the store in Scot’s neighborhood, he contacted me to talk beer and invite me over for the weekly beer shares. I’ve learned a bit more about beer, I’ve hung out with some good people, and I’ve tried some damn good beers I probably wouldn’t have had the chance to if not for him.

Anyways, enough apple polishing. Why I am writing here? Well, my wife is a school teacher and her aide has made two suggestions to me about what I should do with my life to make extra money since I lost my job a few years ago. One was this week, when she said I could be her “EBay representative” (whatever the hell that entails). The other was probably sometime last year, when she said I should blog about beer. And then Scot comes along and offers me a chance to blog. Well, he don’t need to pay me to write about beer, and screw EBay, I always say.

So I decided to write down something about the more interesting beers I drink and share it here. I probably won’t mention everything in detail – I’ve been enjoying my two favorite SixPoint hop bombs this week: Resin and Hi-Res, and I picked up a four pack of Vallejo today because it’s a personal favorite. And at some point, I may discuss my feelings on Founders Breakfast Stout, but if I told you every time I opened one, you’d get tired of it pretty damn quick. But I probably will bore the shit out of you with my Ninja Vs Unicorn love. After all, my nickname for that beer is Mother’s Milk.

Anyways, I’ll keep this post about one type of beer I had this week, because I had some interesting ones, and that is coffee beers.

I started the week with Prairie Artisan’s Bomb! (for those of you unfamiliar with it, that’s the name, it’s not that I liked it so much I have to use exclamation points). I’ve had this on three or four occasions, the last before this week was on tap at the Open Bottle in Tinley Park before catching the shuttle bus to Dark Lord Day. I think I may have enjoyed it more that time. It seemed like this time from the bottle the coffee flavors were stronger.  I’m thinking the difference was obviously draft (freshly tapped that morning) vs bottle (and I’m not sure if Prairie dates their bottles). Either that, or I have to stop drinking my coffee beers in my Intech coffee mug. But Bomb! is an outstanding beer that I highly recommend you try at least once (the price point is a turn off, I get it). It’s extremely well balanced, it’s got lots of flavor, and the best way to describe it is it’s got a boozy spice that flows over the mild sweet roast like some sort of salsa soul mix.

That leads me to a second love that I may write about here from time to time – music. I won’t say a lot, just thoughts about stuff I like or hate and want to share. I downloaded the new Underworld album Monday. Quite good. First one from them in six years. There’s some stuff on there that’s very Radiohead Kid A sounding, there’s a good slice of 80’s synth pop, there’s some evil plodding drum and bass stuff, and there’s some classic techno music that’s totally what I expect from them. The best two tracks are the first ones, I Exhale and If Rah. They sound like LCD Soundsystem meets The Streets. (and if you don’t like electronic dance music or British rap, don’t bother looking any of these acts up)

Anywho, back to coffee beers. The second I tried was Founders Sumatra Mountain. I actually drank this from the bottle, so I didn’t get a great look at it. Maybe the next couple four packs. This was a good beer, but the coffee is almost TOO much. I heard one person describe it as almost a coffee flavored stout instead of a coffee flavored brown ale. I concur. It’s roasty and tasty, but it’s almost like drinking coffee instead of beer, because I didn’t get much in the way of ale on it. Not to say I’m not going to enjoy drinking the rest of them and seeing if I can actually find some ale-like qualities with it.

Okay, last one was one I had today that I had heard about years ago when I started getting into craft beer, but the idea of a Double IPA with coffee just disgusted me back then. But since I’m getting into the coffee beers and it just came out for the first time that I can remember in a while, I picked up a bottle of Pipeworks/18th Street’s collaboration Attack of the Devil’s Lettuce, and I’m damn glad I did. I’m a huge Pipeworks fanboy, but I have to say they very rarely disappoint me, and this one was great. It’s extremely well balanced. They use Sorachi hops, and from my experience, that’s a lighter hop – it doesn’t produce big citrusy notes or bitterness and it’s very accessible. That’s why I’m thinking it works – the Double IPA profile isn’t big and it mixes well with the coffee, which isn’t too overpowering. If it had a coffee presence as strong as Sumatra Mountain, this beer very well could have sucked. But it didn’t, and for that, I was quite glad. I’ll buy this one again when I see it. Plus it was a damn good beer to have on hand when there was stressful shit going on with a home improvement project over here.

So, that’s my thoughts about a couple coffee beers. I’m going to get back to the new Radiohead album and the year old Avery Samael I’ve been drinking for almost two hours. Nothing like a 15 percent ABV to start the evening.

Posted in Beer, Lounge | Comments Off on Beer blog? Eh, why not?