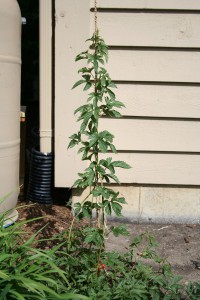 After being sick on-and-off for the last three week, I was looking forward to an American craft beer. As part of the Secret Santa I was involved in ’11, I received a bunch of Texas craft beer. The most prominent of the breweries represented (by sure numbers) was Jester King Craft Brewery. No offense to the craft breweries in Texas but I wasn’t overly enamored with the beers that were sent from my Secret Santa. Not that he didn’t he my ridiculous want list but that only one beer was in the style that I defined as my favorite. That that would be easy.

A quick side note on being sick: it only took me 17 days before I went to the doctor. He prescribed several drugs, one being an antibiotic. Less than 12 hours after taking said drugs, I was on my way to recovery. Moral of the story: I am jackass for not listening to my wife and going to the doctor earlier.

Now back to beer. Commercial Suicide was in front of the other Jester King beers, so it was the choice for the evening. As soon as I nicked off the crown, a loud ssshhhh emitted from the bottle. Contaminated? I quickly brought the bottle over to the sink so it wouldn’t fuel the wife with another reason to get angry with me. By the time it was in the sink, light brown foam was oozing from the top. Contaminated? I poured the beer into a glass, getting a good 99% fill of foam. I had to let it sit for a while to get straight beer. Contaminated. Shit. Drain pour. I wasn’t in the mood.

Not a good impression for Jester King that hasn’t made a great impression of me through two beers. I have one or two left but I am not looking forward to either, especially based on reviews that I have seen on websites. Enjoy!

Useless Fact: Approximately half the money paid out by fire-insurance companies in the United States is paid for fire loss due to arson.

I joined Plainfield Ale and Lager Enthusiasts (P.A.L.E. or just PALE) some 10 months ago. Since it has been my go to homebrew club. Compared to the club that I came from, the 100 or so members is enormous. My take on a brew club is a place that ideas of home brewing should be shared: techniques, new equipment, recipes, and more. PALE has done a good job to this point.

The club’s meetings have been based at Limestone Brewing Company. This also allowed for Limestone Brewmaster, Ken McMullen, and Steve Woertendyke, the assistant to Ken and the Brewmaster of the yet to open Misfit Craft Brewery, to be part of the club. Of course they were bombarded by my questions and my willingness to help out in any fashion. Another member, Brando, recently opened Chicago Brew Werks a home brew shop right behind Limestone. These guys bring a sense of professionalism to the group, creating an atmosphere that is possible to take the hobby to the next level.

Back in January Limestone almost closed because of an issue with the landlord. Now, as of March 24th, 2012, they are closed and moving to the Fox Valley Area. Not because they wanted to but nasty issues with the landlord. This left our April meeting up in the air. Fortunately Bollingbrook Golf Course supplied the hospitality of a conference room, free of charge. The club lives on.

Our meeting place issue is not solved. The golf course, if it is to be our normal meeting place, is further away from the people west, like myself, than Limestone. But, when Limestone reopens, although closer to me, will alienate people if we go back there for our meetings that are opposite me in location. Finding a place that suits everyone is going to be difficult at best. The reason many people are part of the club is location; closeness is important.

The club will go on and hopefully prosper. The location of a permanent meeting grounds will be interesting. If you home brew, are thinking about it, or just want to be around some home brew nerds, stop by a meeting or three. Enjoy!

Useless Fact: One million stray dogs and 500,000 stray cats live in New York City metropolitan area. There are about 100 million dogs and cats in the United States. Americans spend more than 5.5 billion on their pets each year. Every hour, 12,500 puppies are born in the US. 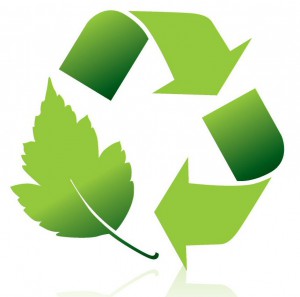 I never check my efficiency when I brew from the ground up. What I mean is that I usually compare it to what the brew sheet says I should get (which I set at 72%). I am happy if I am close and/or above those marks. Not all that scientific. In my defense if I miss my gravity and the beer tastes good, does it matter? To a point, yes. I want to understand why I am coming up short but at least the beer is good.

To figure out the efficiency, I first tried an online calculator: it would/should be quick and simple. I didn’t believe the numbers it returned (turns out it was wrong but then again my calculations below could be wrong), there had to be another way. Of course a search of the net produced tons of results with the first couple being from places I had been in the past. The first is a link to John Palmers’ online version of his book: How To Brew. The page highlights how to do manual calculations of the mash efficiency. Unfortunately those calculations cannot be one without know the amount of potential sugars your grain will add in one pound increments. Beer Smith has that information.

The two combined gave me enough to do my calculations. The calculation is simple, having three values:

Total 124.3 (number of potential gravity points contributed if efficiency was 100%)

I think that is pretty good efficiency, especially for a large mash. This leads me to two last thoughts. One, did I make a mistake in my calculations? And, two, are the gravity readings I am taking off? I will continue to keep an eye on this and do these calculations until I see a pattern or more suspicion is raised. Enjoy!

Useless Fact: At birth barnacles look like water fleas. In the next stage of their development they have three eyes and twelve legs. In their third stage they have twenty-four legs and no eyes. Barnacles stay fastened to the same object for their entire lives. 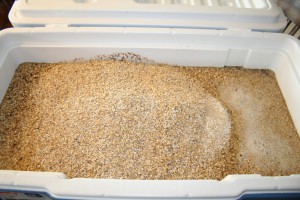 I have been slow on the blog lately as the weather ridiculously nice weather has pulled me away from the computer. That’s a good thing. I found time to brew on April Fools’ Day, April 1st, 2012. Not a joke, not a prank, I really brewed.

Double Bogey is a Russian Imperial Stout that I brewed over two years ago as my second our third batch of beer. I did age a gallon on oak aged bourbon too. The batch wasn’t all that good: the beer never developed and was always thin. The brew day was a partial boil as I didn’t have the capacity for a full boil (5 gallon pot) and used 4 or 5 bags of dry malt extract. You guessed it, a noob brewing a big beer and lots of sugars: boil over. Because of the partial boil, I had to dump a couple of gallons, or more, of water in the carboy to reach five total gallons. Easily my worst brewing experience. I was bound to not duplicate the mistakes. 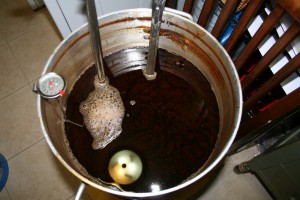 I also picked up some knowledge from my first bigger gravity beer: 203 IIPA. This batch taught me the lesson of decreased efficiency when making high gravity beers. The conversion for Double Bogey put me at 20 pounds of base malt, based on some calculations I used 25 pounds to make sure I hit my gravity. This brought my total grain bill to 29.25 pounds of grain. By far the most grain I had ever used in a beer. I needed two buckets to carry the grain in order to get it ground (yeah, still don’t have a grain mill, pissed me off). The 70 quart mash tun (see picture) was close to capacity: 9.25 gallon of water and the grain push it to the limit.

I ended up collecting 8.25 gallons of wort with a gravity of 1.078 to be used in a 90 minute boil. Ended up with 5.25 gallons with a gravity of 1.098. The brew day went well with no complications. The 75 minute mash and 90 minute boil added an extra 45 minutes to the day while cooling of the wort took longer than usual. The water from the house seemed a bit warmer than normal. Think I am going to try and add tubing to run it through ice before it goes into the chiller, decreasing the initial temperature more.

Double Bogey will take some time to age but I am very interested to see if my skills have increased enough to make a better Russian Imperial Stout than the first time around. Enjoy!

Update:
2012-04-03 – yeast is chewing this beer up, almost creating such a high krausen that it is almost coming out of the 6.5 gallon carboy

Useless Fact: Snails have teeth. They are arranged in rows along the snail’s tongue and are used like a file to saw or slice through the snail’s food.