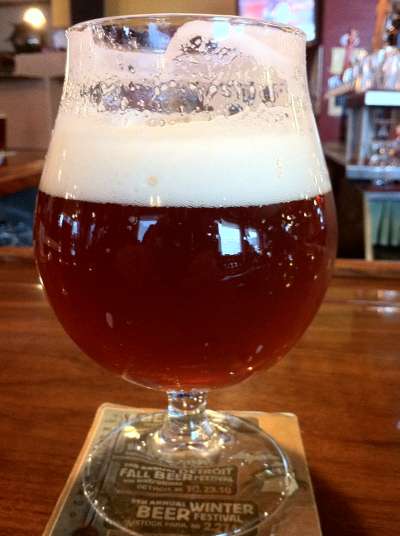 A trip to Michigan can always be highlighted to a stop at one of the many fine breweries in the state. Kuhnhenn Brewing Company was the first stop of the day. They easily had a dozen beers on tap but probably more like 18, I should have counted.

Since this was the first beer of the day, I wanted something on the lighter body side, so my eyes and stomach agreed upon Simcoe Silly. Simcoe Silly is a beer brewed with Belgian yeast, assertively hopped, especially to the dry hop, with some candy sugar added to help get that alcohol up there and finish the beer dry. It does all of those things and does them quite well. The Belgian yeast isn’t very noticeable which, for me, is a win. I really liked this beer and look forward to another go around the next time I visit. Enjoy!

Useless Fact: A dogs sense of smell is one of the keenest in nature. If a pot of stew was cooking on a stove, a human would smell the stew, while the dog could smell the beef, carrots, peas, potatoes, spices, and all the other individual ingredients in the stew. In fact, if you unfolded and laid out the delicate membranes from inside a dogs nose, the membranes would be larger than the dog itself.