This past weekend was the perfect weather to review a few American craft beers. The weather was comfortable at the beginning of the weekend and ending hot and humid yesterday. Lighter beers seemed to be the best bet for the sake of refreshment.

When I reach for beers out of the refrigerator in the basement, I imagine myself taking a drink and depending on my mood, if it would suffice. So the refreshment theme was in full motion when I grabbed Weeping Willow Wit by Mother Earth Brewing a Belgian witbier. The beer had all the signs of being a solid witbier, including coriander, wheat, Belgian yeast, and lemon. All the aromas and flavors were well balanced greatly increasing the ability to appreciate the beer. A light body and sharp carbonation finish off a well rounded beer. I would definitely seek this beer out again. 8.6/10 – Aroma: 8 (25%), Taste: 9 (25%), Look: 8 (15%), and Drinkability: 9 (35%).

In hindsight, I realize this witbier is the best I have tasted to date. Now that makes me want more. Enjoy! 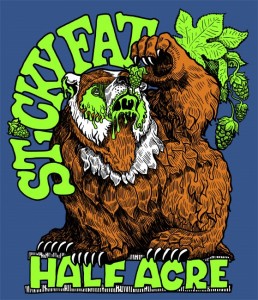 With recent news coming out of Half Acre that the brew master is leaving to chase after his own dreams and endeavors, I didn’t think I would hear much, at least for a while, about releases coming out. Well I was wrong as Half Acre announced the release of Sticky Fat American Dark Ale on Friday, September 3rd. The trick is convincing my wife we need to go out there for a taste.

I am curious to see what is in store for this relatively new Chicago brewery as they have done some nice co-operative beers and a few of their own quirky beers. In the Chicago area they already have a good following, now it is a matter of the new brew master proving he can keep the charm rolling forward. Enjoy!

Last night marked the one year anniversary of Tuesday Night Beer Club (TNBC). Shawn, Mark, Ed, Rich, and myself were the players for the evening. Since it was a big evening we all decided to bring out the big guns to help celebrate.

Ed was the host for the evening, so he supplied us with dinner, which included burgers, brawts, potato salad, and chips. Darn tasty. As usual, each of us brought at least three beers. Shit, Mark brought a vertical of 10, 11, and 12 of Firestone Walker anniversary beers but we all agreed to have that at the next TNBC when we can do the vertical justice.

Below is the list of beers, in the order that I liked them.

I am almost never negative about American craft beer but I have had several Cigar City beers now (so have the others in the group) and none of us have been impressed. Maybe i have had the wrong beers. Enough said.

The next TNBC is in another four to six weeks, can’t wait for the Firestone vertical. Enjoy!

So I am back on the horse and reviewing American craft beer. Being back in the saddle again feels so damn good. Of course I am talking about tasting and reviewing beers while being sick last week.

Yesterday I decided on by Belfast Bay Brewing Company. You can read the review so I am only going to touch upon the thing that stuck out most to me: sweetness. This beer is made to session but has one flaw that comes out in the aroma and taste that just makes it cloying. Malt is used with reckless abandon and doesn’t have any hop profile to balance the caramel malt. There is a toasted malt presence but not enough to cut through an almost honey like syrup sweetness to the beer.

All this said, it isn’t a horrible beer, just one that didn’t agree with me and one that I wouldn’t probably pick up again. Enjoy!

Just yesterday I mentioned how I had been out of sorts and not had a chance to review an American craft beer in a week. That all changed today. I feel good, I had some time, and the rest of the family was out. Perfect timing to partake.

I have a group of beers that need to get rolling as they are hoppy and been in the cellar for about a month. I hate old IPAs and the like. I haven’t had a 21st Amendment beer before, so I figured a can of Brew Free Or Die IPA was a good choice for the evening. After all, I wanted something in hops in it and I figured it should have plenty coming from the west coast.

Out came the pour which looked about normal for an IPA: good foam, retention, and lacing. But that was probably the best part of the beer for me. It was really sweet with malt and honey throughout: aroma, taste, and mouth. Cloying is a single word that I could best describe the beer. The hop profile isn’t what I expected for a west coast ipa as it was a little subdued. Still it was good for the beer and made for a pleasant profile.

I have the 21st Amendment Watermelon beer. I have heard good things. That might be up for tomorrow. Enjoy! 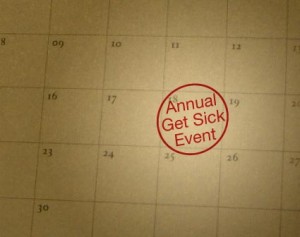 How can any week of beer reviews be tough when working with American craft beer? Easy. When you are sick and have no desire to look at a beer let alone taste and review, it is a bad week.

Everything started out fine but about as soon as I got to work it was down hill and kept going that way until today, Friday. I am not a 100% today but I think I will take on the great task of reviewing a beer this evening. But, that may have to wait until tomorrow. Besides not being able to review beer, being sick during the summer time is just brutal.

I have a box of goodies that should be at the house when I get home, maybe I will “force” myself to have one of those. Enjoy!

Several weeks ago, Rich and I were invited to sit down with Rodd Specketer and Dave Burns of Lake Bluff Brewing Company. The brewery is officially set to open in 2011 but we were fortunate enough to spend a few hours talking, tasting beers, and getting to understand the direction for the soon to be brewery.

Rodd and Dave have a great plan in place and once the license from the state is approved, they will be ready to roll. The beers we tasted were fantastic, while the beers they have in the works and/or are planning on brewing, make my mouth water for more.

Two Beer Dudes plans on being back once they open up to check everything out and take another hop at a soon to be great American craft beer stop. Enjoy!

Yesterday marked a first for New Glarus Brewing Company, that I know of: they had a publicized short release. Actually, not one but two beers were released. R&D Bourbon Barrel Kriek and R&D Gueuze. Kriek is a American wild ale while Gueuze is supposedly a gueuze. These two releases come on the heals of releasing their third Unplugged beer of the year: Abt.

The release was held yesterday, Friday, August 13th, 2010 at the brewery in New Glarus, Wisconsin. Kriek was released to the tune of 1,500 bottles while Gueuze was a 1,900 bottle release.

Each person was limited to three bottles per day. It seems like I was fortunate to be able to get six bottles of each today when the brewery opened at 10:00am. My wife called last night and we were told that they would probably be out of the beers by noon today. Based on the amount of people already there at 10, they were about dead on.

I also picked up the newest Unplugged release: Abt. As I wrote this tonight, I was partaking in the Kriek, the other two will follow in the next few days (probably tomorrow). Enjoy! 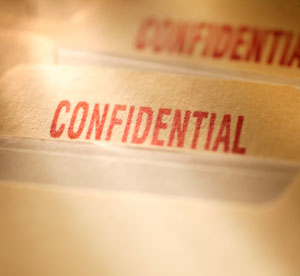 Summer goes by so quickly and I am so ridiculously busy that Two Beer Dudes web site updates are the least of my worries. Somehow, some way, I found the time to add a privacy policy and user agreement to the site. Yeah, nothing fancy but they were needed.

Rich had found the templates on the web and sent them to me back in November of last year. Procrastination is king! Both documents can are on the login and create account portions of the site. Both documents are also from a template so they are nothing fancy. I just added in Two Beer Dudes where appropriate and weeded out some stuff that didn’t pertain to us. Now I can sleep at night. 😉

With the long days winding down in Chicagoland, I will soon find myself with a lot of “dark” time to do nothing but code away. Enjoy! 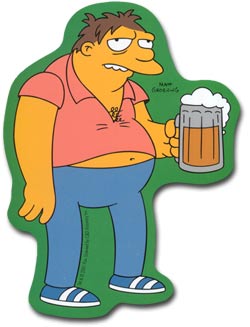 This past week has been an interesting one when it comes to my ability to taste and review American craft beers. My cousin from California and his family were in for the week. In order to help them afford the trip, we put them up in our house. My cousin is a craft beer noob and I have been working slowly to convert him to real beer.

He had one simple mission in order to “pay” for his stay at my house: bring some Russian River Pliny the Elder. Unfortunately, the two week search in southern California turned up empty. Oh, well, I will hopefully be making a trip out there and visiting all the great breweries of southern California in next year or two. He even mentioned taking a side trip up to the San Francisco area. How beautiful would that be?

Now down to the goods. After picking him up at the airport we headed over to Revolution Brewery. The wife and I stopped there in early January this year, before they had opened, and she said how much she would like to stop by. The later afternoon found it mildy filled up, gaining easy seating for the eight of us. Service, food, and the beer were all really good. Each of the adults had a different beer. I had Anit-hero IPA; a solid representation of an IPA that I would recommend to anyone who stops in.

The rest of the week found us each night having beer from my cellar, mostly light beers, and some really good New Glarus unplugged series beers. Nothing out of the ordinary and I tried to keep anything that I hadn’t tried out of his reach. 🙂

Friday night was the big hurrah: family was invited over to have an informal get together and say hi to my cousin; he hadn’t been in town for 12 years. My family isn’t close, but they do like beer (Lite and Bud Light), and we have a great time the few times we get together. Luckily, but unfortunately, only a few of the relatives made it out. They finished off my macro beer, which I only keep for those occasions, and the just about finished off all my home brew. Some took a few of the extra bottles to enjoy at home on another day.

I am glad they liked my beer so much. I busy running around filling glasses all evening with a big smile on my face. I have been waiting for such an evening for a long time. The only bad news: the 20 gallons of beer I brewed in April for the summer, is all gone and I have a good month of summer left.